Ikoyi Whistle Blower To Get Paid This Week 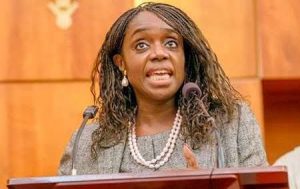 It is public knowledge that the whistle blower that led authorities to the 17billion Naira found in Ikoyi is yet to be paid his 5% as stipulated under the government’s whistle blower policy.

The issue has met with controversies at every turn. First it was disclosed he was held in a psychiatric facility and upon his release, was living in penury and dependent on his lawyer for sustenance. EFCC said that it is not it’s job to pay whistle blowers while Minister of Finance, Kemi Adeosun said he will be paid this month. This month will however be over by Thursday.

The most bizarre turn in the case came when other people presented themselves claiming to have blown the whistle on the loot. The lawyer of the first whistle blower however said before the authorities carried out a search in the building where the money was found, he and his client were made to sign papers swearing that they were telling the truth. They were also present when the money was counted so their efforts were duly acknowledged.

“I Have Not Violated Code Of Ethics Of AfDB” –…

How Pregnant Teenager Faked Her Kidnap So She Could Give…