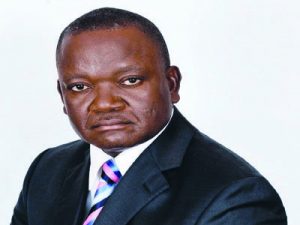 Three socio- cultural groups, Mdzough U Tiv, Idoma National Forum and Omi Ny’Igede, told reporters at a joint news conference in Abuja that the government failed to prevent the killings of about 20 people.

According to them, there was an alleged armed militia build-up and convergence at the Nigeria- Cameroon border and at the Agatu border with Nassarawa State to the Northwest of Benue State.

The statement said: “We the people of Benue State here represented by the Mdzough U Tiv, Idoma National Forum and Omi Ny’Igede ,the principal umbrella socio- cultural groups of the Tiv., Idoma and Igede nations wish to inform the world of the callous and barbaric unprovoked attack resulting into possible genocide and destruction of lives and properties of the Benue people by Fulani herdsmen which incidence commenced on the 1st January, 2018.

“It was reliably gathered that the leadership of the Miyetti Allah Kautal Hore held clandestine meetings in Nigeria and abroad to visit mayhem and genocide on the people of Benue State.

”The plot was said to be multi- directional and aimed to simultaneously invade and and attack Benue from every angle so that there would be no escape for our defenseless people,” the Organisations said.

They claimed that over two thousand men, women and children had died since the attacks began five years previously. “Over 500 people are still missing while over half a million people are displaced and the future of almost a million youths truncated.”

“We the people of Benue wish to remind the President that we voted massively for this government to protect us and provide conducive atmosphere for development but the reverse is now the case.

“We also want to remind the President that he swore an oath to defend he citizens of Nigeria but had failed woefully in the discharge of this responsibility in Benue State. The blood of those killed is on the heads of those running the Federal Government,” they added.

The Presidents of the three organisations: Chief Edward Ujege, Barr. Amali Adoya Amali and Choef Ode Enyi were present at the briefing.

I Got N20k, Phone After Killings – Badoo Member, 18 Years Old