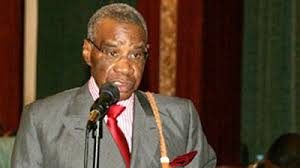 A former Chief Justice of Nigeria, Dahiru Musdapher, has died. According to his younger brother, Muneer Musdapher who broke the news on Facebook, the jurist died in the early hours of today January 23rd at the age of 75.

The jurist retired from bench five years ago on attaining the mandatory retirement age of 70.

He was appointed CJN by then President Goodluck Jonathan, upon the exit of Justice Alysious Katsina-Alu.  The late jurist bagged his law degree from the Ahmadu Bello University Zaria. He was called to the Nigerian bar in 1968.

May his soul rest in peace, Amen.

First Ever A.I sex Doll That Speaks All Languages, Gives Oral S*x, Has A memory And More Created