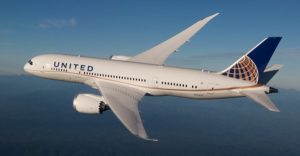 Queen Obioma was on a journey, taking her 2 children to school in Canada, when she was kicked off a flight after a white man complained she was “pungent.”

According to the Washington Post, the family boarding a flight 2 years ago from Houston to San Francisco, the second leg of their flight which started from Lagos and still had another to go, when the incident happened.

Obioma had arrived at her assigned seat in the business class cabin when she saw the man already seated there, a lawsuit she has filed against the company said, and the man refused to vacate the seat.

She had been asked to sit elsewhere by a flight crew member, but she again encountered the man when she was returning from the bathroom and he blocked her from getting to her seat.

She had reportedly said “excuse me” 3 times, and eventually had to squeeze past several minutes later after the man refused to move out of the way.

It was after she had sat down that a crew member told her to go outside the aircraft, and another United employee told her she was getting kicked out of the plane.

According to the lawsuit, the pilot had asked that Obioma be removed because the white man said her smell was “pungent.” The lawsuit read:

Ms. Obioma watched her minor children marched out of the aircraft like criminals, confused and perplexed … She sobbed uncontrollably for a long time.

United Airlines has been accused of discriminating against Obioma and her children because they were black.

The company has said it is unable to comment because it is a pending litigation and it has not been served with the lawsuit.

George Floyd Statue Defaced Less Than A Week After Unveiling…