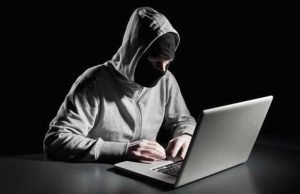 Phones and computers of football fans travelling to Russia for the 2018 Fifa World Cup could be hacked by cyber spies, a top US intelligence official has warned.

The biggest football event in the world kicks off on Thursday, with hosts Russia taking on Saudi Arabia at the Luzhniki Stadium in Moscow.

In Russia, even people who believe they are too unimportant to be hacked can be targeted, according to William Evanina, Director of the National Counterintelligence and Security Center.

“Anyone travelling to Russia to attend the World Cup should be clear-eyed about the cyber risks involved,” Evanina said in a statement.

“If you’re planning on taking a mobile phone, laptop, PDA, or other electronic devices with you — make no mistake — any data on those devices (especially your personally identifiable information) may be accessed by the Russian government or cybercriminals.”

Vladimir Putin Signs Law That Could Keep Him As Russia’s…