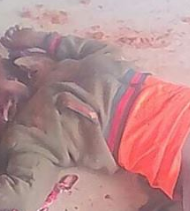 A young girl was brutally murdered by unknown attackers as she was going home from work and her corpse was dumped in a church in Zambia.

The shocking incident reportedly happened around Kabwe’s Site and Service area in Zambia. The young woman’s head was smashed in and there was blood all over the scene. She was also stripped naked from the waist down.

According to a Facebook user, some suspects have been arrested in connection with the killing after they were found with a missing laptop which they allegedly stole from the bar where the victim worked after killing her. 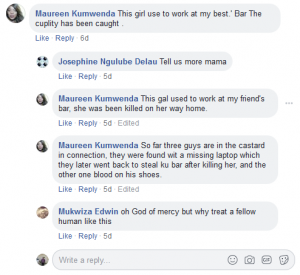