No Level Of Gang-Up Can Distract This Administration – APC 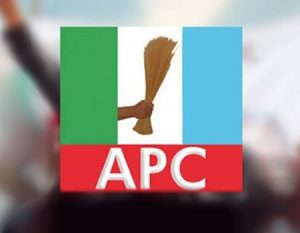 The All Progressives Congress (APC) says no level of gang up can make its government fail in the promises it made to Nigerians.

On Monday, the Reformed All Progressives Congress (R-APC) teamed up with the Peoples Democratic Party (PDP) and 37 political parties to form the Coalition of United Political Parties (CUPP).

The coalition is a move to wrest power from President Muhammadu Buhari in 2019.

But in a statement on Tuesday, Bolaji Abdullahi, spokesman of the APC, said the R-APC is not a faction of its party.

“On Monday July 9, 2018, a group of individuals under the so-called ‘Reformed All Progressives Congress’ platform purportedly joined a coalition of opposition political parties ahead of the 2019 general election,” the statement read.

“We respect the right of everyone to join any association or group. However, we wish to reiterate that the so-called R-APC is not a faction of our party. Our party, the All Progressives Congress (APC) remains united under the leadership of our President, H.E. Muhammadu Buhari.

“It is also noteworthy that some political parties that have been named as signatories to the MoU have dissociated themselves from the publicised deal.

“We once again reiterate the commitment of our party to address real grievances of our genuine members. We call on them to take advantage of this opportunity while the windows for reconciliation are still open.

“We are confident that no level of gang-up can make our government under President Buhari to waiver in its promises to Nigerians to rid our country of corruption and improve the quality of lives for our people.