I Am A Man Of Honor, Says Turaki 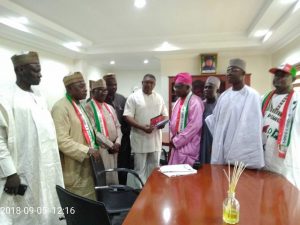 Frontline PDP Presidential Aspirant, Kabiru Tanimu Turaki, SAN  has said that he had always been a man of honour, integrity and credibility, stressing that it is impossible to change that character trait which Nigerians from different parts of the country can attest to.

He was responding to questions from journalists over allegations that he was fronting for an unnamed presidential aspirant, shortly after returning his Expression of Interest and Nomination forms at the National Secretariat of the Peoples Democratic Party in Abuja on Wednesday. 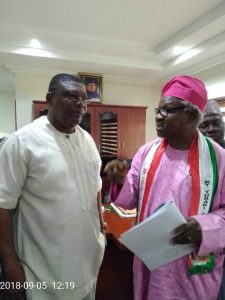 Turaki who was represented by his Director Media and Publicity, Mr. Sola Atere wondered why some people would be ascribing such a thing to him if not for the sake of mischief to tarnish his hard-earned reputation.

He queried: “How can anybody allege that I’m fronting for somebody else when I have personally been paying the bills of running my campaign organization, purchasing the Expression of Interest and Nomination forms and also traveling on consultations with my team round the country visiting at least 32 states, and in most cases flying to those places?”

“As a man of honour, there is no way I will announce to Nigerians that I want to be their president and be deceiving them. I was not brought up as an ambivalent character.” 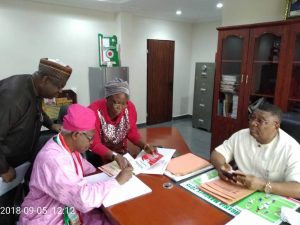 “Besides, there is no way that I would have attained the rank of a Senior Advocate of Nigeria and also practiced for decades as a legal practitioner without blemish if I have not been found worthy of character.”

“Look, one of my strongest points as a leading presidential aspirant is that I have the fear of God in addition to my incomparable attributes of integrity, credibility, education, knowledge, experience, dynamism and determination to succeed.”

When asked whether the state chapters of the party have been receptive to his consultations, Turaki pointed out that the consultations have provided the delegates and other members including the PDP governors the opportunity to assess his capacity in terms of education, intellect, courage, experience and dynamism besides integrity and credibility to hold the office of the president.

“Everywhere we went, they have been astonished at my eloquence, outstanding knowledge and profound solutions to Nigeria’s problems. In fact, there had been comments after my engagements with some our distinguished members asking: “what else are we looking for after having this caliber of person?”

“I am humbled by such favourable comments but irrespective of such comments, I am, as a loyal party man ready for the free, fair and transparent primary promised by our party.”

On the question of whether the North West has not had its fair share of producing more Nigerian leaders than other zones in the north, Turaki explained that the PDP had not categorically zoned its presidential slot to the North West only.

That is why, he said, other aspirants have emerged also from the North East and the North Central zones just as the North West. In fact, he added, people are even talking about the possible emergence of an aspirant from one of the zones in the south.

He noted that “perhaps why political pundits are suggesting the emergence of candidate from the North West is because they are calculating that such a person will be able to split the votes of the APC candidate who is also from the region ascribed with the highest votes.”

“This is because the so-called popularity of the APC candidate in the region has turned into a mirage, having waned tremendously as a result of poor governance, failed promised, insecurity and oppression of the people. Worst still, other zones of the country have additional grievances against the government.”