US luxury group Michael Kors is set to announce a deal to buy Milanese fashion house Versace in a deal worth about $2bn, according to two people briefed on the talks. 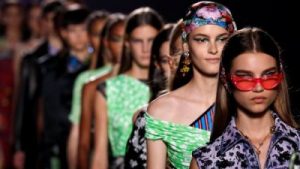 The agreement, expected to be announced on Tuesday morning, will see the Versace family selling alongside US private equity firm Blackstone, which took a 20 per cent stake in Versace in 2014.

At that time, the US private firm injected €150m of fresh capital into Versace and acquired €60m in stock in Versace’s family-owned holding company.

A spokesman for Versace declined to comment. Michael Kors and Blackstone were not immediately available for comment.

The deal would come after Versace, one of the last independent fashion houses, put the brakes on an initial public offering because market conditions were not deemed suitable, according to a person briefed on the decision.

It would be the latest independent European runway brand to decide to sell in recent months. Italy’s Missoni family announced an agreement to sell a minority stake of its eponymous brand to a private equity venture backed by the Italian state before the summer, and Antwerp-based Dries Van Noten sold a majority stake to Spanish luxury group Puig in June.

Meanwhile, Michael Kors has been seeking to buy up brands in order to create a US rival to European luxury conglomerates LVMH, Kering and Richemont.  (Financial Times)

No Peace Without Equity, Justice And Fairness Warns Turaki