Cristiano Ronaldo Has Been Removed From All Online Branding For FIFA’19, Following Rape Allegation

Cristiano Ronaldo featured prominently in the internet, advertising for the wildly football video game, EA Sports, but he has recently been removed from all social media promotions for the game as well as from banner pictures on EA Sports’ website.
The Juventus forward has featured on the cover of the FIFA franchise for the last two years. 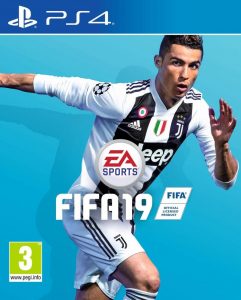 EA spokesperson told Reuters: “We have seen the concerning report that details allegations against Cristiano Ronaldo.

“We are closely monitoring the situation, as we expect cover athletes and ambassadors to conduct themselves in a manner that is consistent with EA’s values.”

Ronaldo has since been removed from all EA sport’ social media pages. The star is no where to be seen on the official twitter and facebook banner for the brand.

The star previously featured on EA Sports’ homepage on their website as the cover star for FIFA’19.

NFF Confirms Receipt Of $1m From FIFA As COVID-19 Palliatives