By Lily Dada On Oct 8, 2018
0
Share
Three more women have come out to accuse Cristiano Ronaldo, after a model claimed that the Juventus forward sexually abused her in an hotel in Las Vegas, 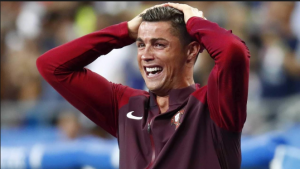 One of the women accusing Ronaldo of rape claimed she was forced to sign a non-disclosure agreement with the footballer in 2009, another claimed she was raped just after a party, while the last women said she was ‘hurt’ by the football star. Though lawyers are still trying to figure if these allegations are true or not.
READ ALSO: Cristiano Ronaldo Has Been Removed From All Online Branding For FIFA’19, Following Rape Allegation
The lawyer representing the model who initially accused Ronaldo of rape, Kathryn Mayorga.
Mr Stovall said that he heard the three new claims after one of the women made contact with him over the phone.

“I have had a call from a woman who claims to have had a similar experience, I am following up to verify this information”. he said.

The attorney refused to give out the name of the American woman, but said he would hand her details to Las Vegas police who have reopened the 2009 case of alleged rape brought by Ms Mayorga.

I Almost Lost My Son 3 Weeks Ago – Tonto Dikeh

US Singer, Jeremih Taken Off Ventilator, Transferred Out Of ICU Amid COVID-19…