Miss Spain is making history has she has become the first transgender Miss Universe contestant ever, and many are tipping her to go all the way. 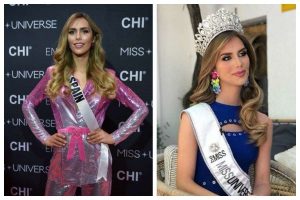 Angela Ponce is making history since the pageant reversed a longstanding policy in 2012 that participants must be “naturally born” women.

Explaining her broad appeal the plain-speaking 27-year-old says “who hasn’t suffered from prejudice? Who hasn’t had to deal with bullying?”

Outside the walls of Miss Universe — whose finals will be held early Monday in Thailand’s capital Bangkok — the transgender community continues to be marginalised and misunderstood, with high rates of suicide.

“I always say: having a vagina didn’t transform me into a woman. I am a woman, already before birth, because my identity is here,” she told AFP, gesturing to her head.

She also took issue with the classification of trans people by large sections of society based on prejudice and narrow assessments of gender.

“Outsiders say what I can and cannot do, what I am and what I am not,’” Ponce said.

“No, I’m sorry. To be a woman is your identity. It doesn’t matter if you are white, black, if you have a vagina… if you have a penis.”

Ponce, who works with a foundation in Spain helping children struggling with stigma linked to being trans, is aware of the visibility she brings to the Miss Universe platform.