Excitement As BBNaija Is Set To Return And Film In Nigeria 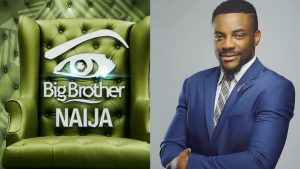 The 4th edition of Big Brother Naija has officially been announced and Nigeria will be the host country.The show returns to home soil 13 years after it with was first filmed in Nigeria.

During the last two editions, fans have wondered why the show which was the Nigerian version of the BigBrother franchise was shot in far away South Africa. It appears the organisers have now listened to the show’s enthusiasts and decided to bring it back home.

Speaking on the reason the reality TV show will be hosted in Nigeria, MultiChoice Nigeria’s General Manager, Sales and Marketing, Martin Mabutho said the show can successfully hold in Nigeria and attain global standards.

“From a cost perspective, it is always good to share the Big Brother House in South Africa where all the African franchise of Big Brother can make use of the house. Now, we are at the vantage position of hosting the show in Nigeria and give the global standard for which the show is known for. The Big Brother House is currently under construction and will be ready before the kick off,” he said.

The Channels Director MNet West Africa, Wangi Mba-Uzoukwu added that there are challenges faced by the company for every edition of the Big Brother either in South Africa or Nigeria and the challenges are always surmounted with best global practice.

This year sports betting company Bet9ja will be the headline sponsor of the show.The last two editions were sponsored by e-commerce site Payporte. Auditions will hold first and 2nd of February 2019 across 8 major cities in Nigeria. It will hold in Lagos, Abuja, Port Harcourt, Calabar, Warri, Ibadan, Benin, and Enugu. Individuals eligible for auditions should be 21 years and above.