Cristiano Ronaldo has given an update on his rape allegation, the Juventus star said he expects to be cleared of in the new year.

He is alleged to have sexually assaulted Kathryn Mayorga in a Las Vegas hotel in 2009. 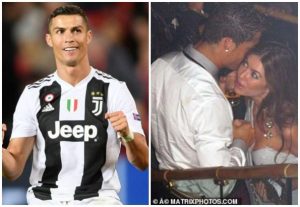 Ronaldo has repeatedly denied the claims and expects a resolution in the coming months.

“It hurt me to see my family upset about the news, but they know I would never be able to do that,” he told Portuguese newspaper Record . “I was completely calm and very confident that soon everything will be clear.”

Ronaldo joined the Serie A champions from Real Madrid in the summer.He has helped his new side to the top of the league and into the last 16 of the Champions League.

In the process he returned to Old Trafford to face his former club Manchester United.

And he would welcome a trip to Real Madrid with his new side in 2019.

“It was fantastic how Manchester supporters always welcomed me when I played at Old Trafford. “The Santiago Bernabeu has also been my home for many years and will always be a very special stadium for me.

“I do not hide that I have and I will always have a great affection for that club and those fans. We live together unforgettable moments and it does not go away. “I will return with great pleasure to that stadium and I expect to be well received.”