A roadside restaurant owner in Calabar has killed a lady and used her corpse to cook pepper-soup to sell to customers, it has emerged.

The restaurant owner was apprehended after he killed the lady and reportedly used her corpse to cook pepper-soup for sale.

As at press time, he is yet to be identified by name. He admitted to committing the crime with of his friends yet to be apprehended.

He was paraded by residents of the community who questioned him, asking where he kept the head of the lady who was killed. He was thereafter forced to carry the pot used in cooking the remains, as the residents of the area in Cross River State pushed on to nab other culprits linked to the crime.

For reasons yet unknown as it press time, the roadside restaurant owner planned selling the pepper-soup to unsuspecting customers.

The lady who was killed is also still unidentified but community members are determined to unveil her identity and fish out the other culprits. 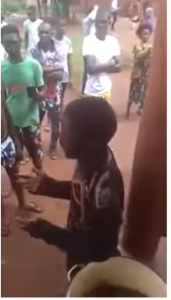 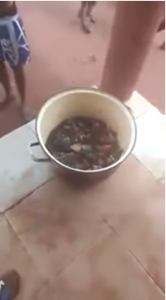