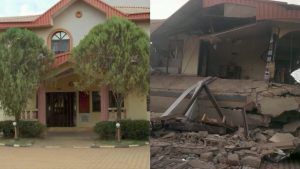 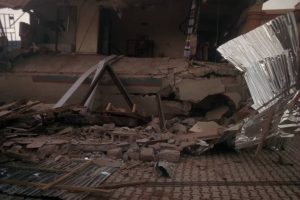 At least, 60 persons escaped death in Abakaliki, the Ebonyi State capital following the sudden collapse of Metro View Hotel, on Thursday, it has emerged.

The hotel said to be one of the most popular in the state is located close to Presco Campus of Ebonyi State University, Abakaliki in the heart of the city.

Orji said those who lodged in the hotel were outside the building for a seminar when the incident happened, stressing that no life was lost.

Meanwhile, the governor of Ebonyi State, Chief David Umahi, through the Special Assistant (SA) on Capital Territory on Thursday has ordered for the immediate closure of the affected hotel.

Okoro stated further that the Hotel would remain sealed pending the outcome of investigation by the government.

It was gathered that the said hotel was commissioned on the 28th May 2005 by the former governor, Martin Elechi.