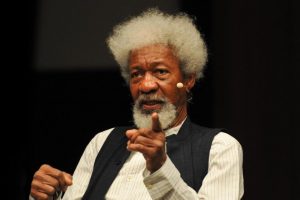 Nobel Laureate, Prof. Wole Soyinka, on Sunday urged the youth to start organising themselves for leadership positions before the 2023 general elections.

Soyinka made the call on the sidelines the Wreath Laying Ceremony to commemorate the 21st anniversary of the death of Chief MKO Abiola, organised by Women Arise for Change Initiative (WA) at the late politician’s graveside in Ikeja.

He said that the youth should recognise that they had the bloc vote to manifest and actualise their expectations.

“Sometimes I refer to this generation of youths in which one places so much hope, as a ‘Gaseous’ generation because they are so full of gas.

“But when it comes to action, you are astonished because they keep calling out names like where is Wole Soyinka? Where is Joe Okei-Odumakin? Where is Femi Falana?

“They keep churning out the same names, same expectations, they do not organise themselves for action.

“This is what we had hoped to happen in the last elections when we called the public to jettison the two major political parties and for the youths to recognise that they actually have a powerful bloc vote and they should exercise it in a progressive way.

“Well, it didn’t work the first time, it’s a new concept to them, so, nobody should place so much expectations.

“But one hopes that in advance, 2023, the youths should begin to organise themselves, they must not wait till the last minute.