President of the Humanist Association of Nigeria (HAN) Mubarak Bala has been arrested by security operatives in Kaduna on Tuesday.

Leo Igwe, Chairman, HAN Board of Trustees, raised the alarm, stating that police officers, who were not in uniform, took Bala from his residence.

Bala is being detained at the Gbabasawa police station in Kaduna and his arrest has been linked to “blasphemy”.

It was gathered that a group of lawyers had petitioned the Kano State Police Command to prosecute Mubarak for insulting Prophet Muhammad on his Facebook page. One S. S. Umar signed the petition. 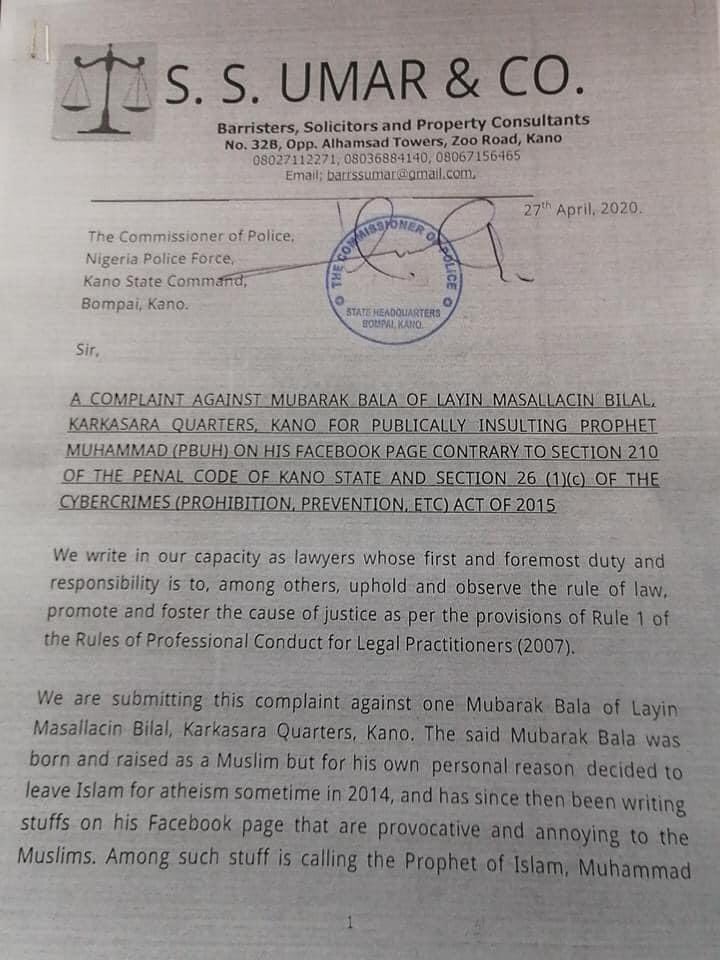 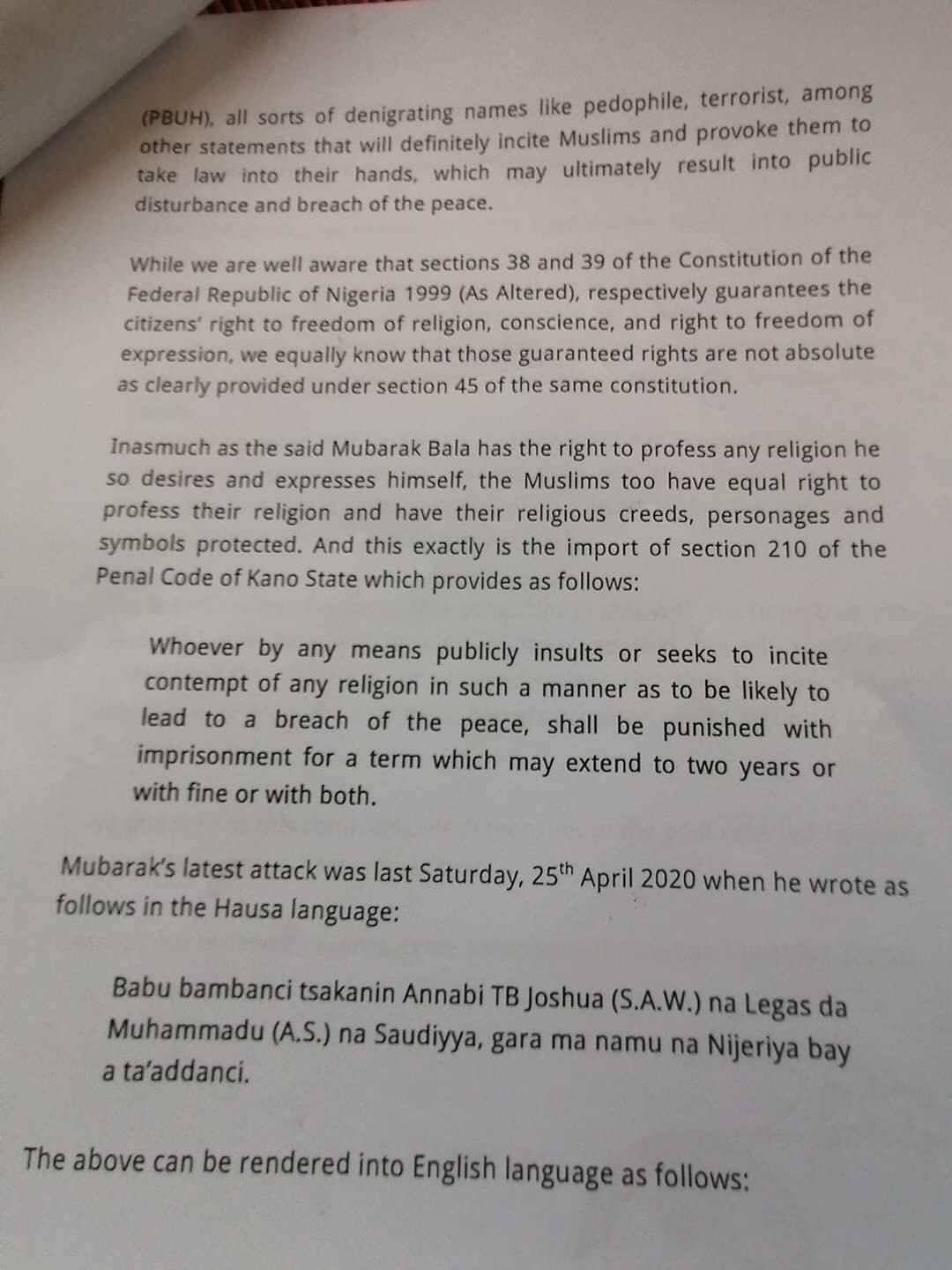 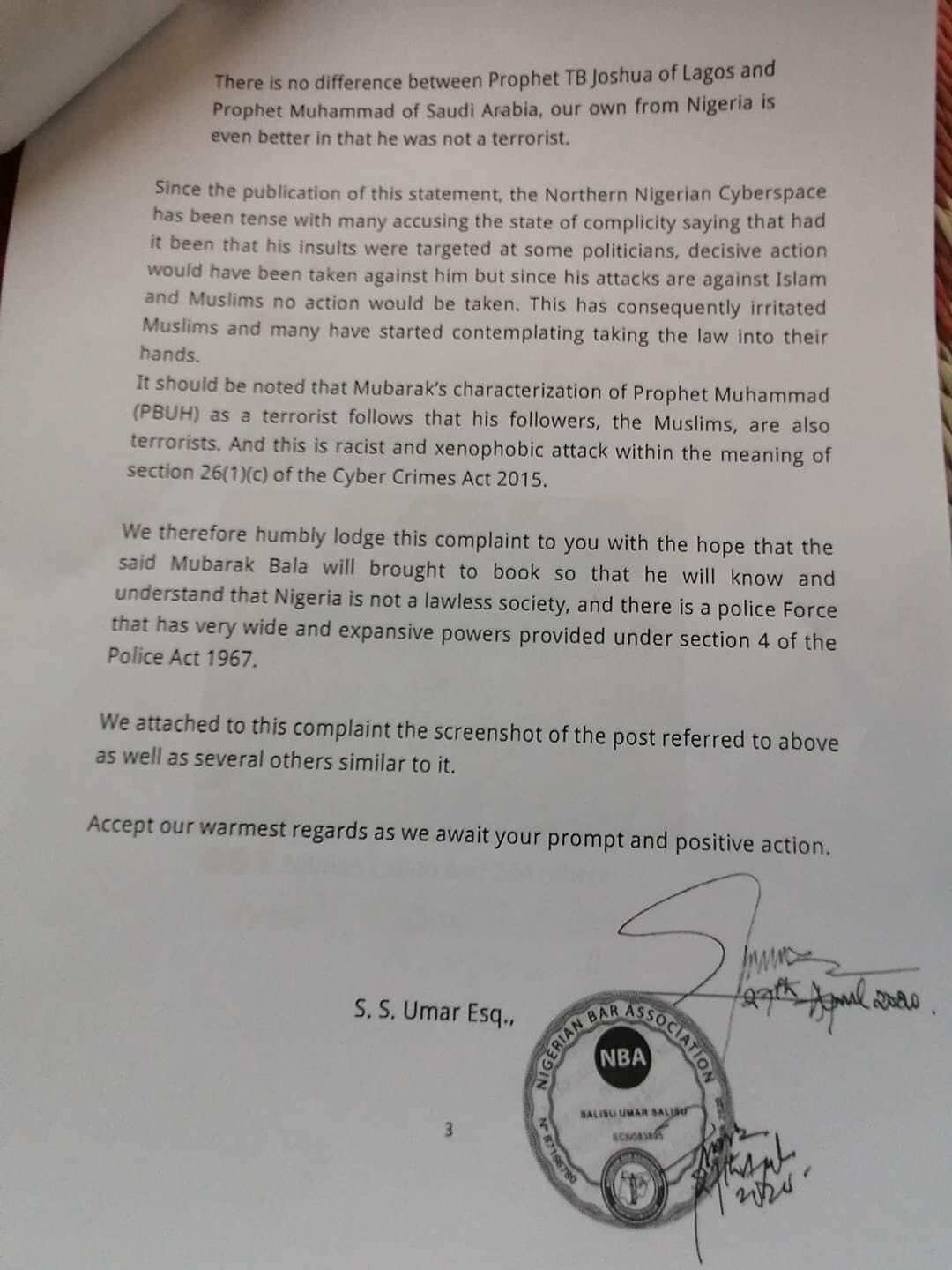 Chairman, HAN Board of Trustees however wrote;

All of us at the Humanist Association of Nigeria are deeply worried by the arrest and detention of our president, Mubarak Bala. He will likely be handed over to the Kano State Police Command, that will prosecute him for blasphemy, a crime that caries a death sentence under sharia law.

The Humanist association urged the Inspector General of Police, Mohammed Adamu and the Kaduna Governor, Nasir Elrufai, to intervene and ensure his immediate release.

Other Nigerians have come out to clamour for the release of Mubarak Bala using the hashtag #FreeMubarakBala on Twitter by tagging major government agencies that could intervene in his arrest.

See reactions from Nigerians below;

We often think the problem of Nigeria is religion. The actual problem is authoritarianism and the desire to angrily impose your personal beliefs on other people.#FreeMubarakBala

Hello, @PoliceNG you have endangered Mubarak’s life and if you succeed in transferring him to Kano, you will be held responsible. These are the people that you should be arresting. There are several death threats online on his page everyday. #FreeMubarak #FreeMubarakBala pic.twitter.com/tZyL9Om0v5

Criminalising blasphemy under national laws rather than leaving it as a sin under personal beliefs is part of what Boko Haram stands for. Don’t be like Boko Haram. #FreeMubarakBala

I feel like we need to constantly remind ourselves that just because we feel offended by something or someone doesn’t necessarily that mean we’re right.#FreeMubarakBala

There’s no punishment for blasphemy in the Quran (The word of Allah), all the punishments you see are laws made by different leaders to oppress their people..You don’t have to take Allah’s battles #FreeMubarakBala pic.twitter.com/gcjVEmnHSJ

I think what annoys me more is how we “educated Muslims” that claim to know better just recline our seats when things like this happen, Then come and play the I don’t like how I’m being stereotyped card.
We need to do better as a collective #FreeMubarakBala

Okay let’s break this down.
1. Blasphemy is a religious offence.
2. Religion is a matter of personal beliefs.
3. Our Constitution allows for freedom of speech, thought & expression.
4. Mubarak is not a Muslim & should not be subject to Sharia laws. #FreeMubarakBala

I can choose to worship a stone & propagate that Jesus & Mohammed are frauds. So far I harm no one. Its fine. It’s an indictment on society & govt to admit that the opinion of anyone about religion can lead to violence & murder in 2020. This is Stone Age thinking #FreeMubarakBala

If you don’t know what “Nigeria” is, you will learn.

How can you arrest and threaten to behead a Nigerian Citizen in Nigeria for “Blasphemy against Prophet Mohammed?”

Is Northern Nigeria a part of Nigeria or a separate Country? #FreeMubarakBala

This is Mubarak Bala, he’s an indigene of kano. He was arrested this evening in Kaduna for blasphemy against Islam. What i can’t get here is when has blasphemy become a crime in Nigeria? I don’t know why black Muslims always fighting Allah battle #freemubarakbala pic.twitter.com/qZ7WuBPDd1

The arrest of @MubarakBala on charges of blasphemy is uncalled-for. I don’t subscribe to provoking the sensibility of any religious group and I’ve told him it’s unfair that he does that, but arresting him is an overkill. He’s not a threat to Islam. He should’ve just been ignored. pic.twitter.com/jANzGIs6Ns