Nigerians have been reacting over a viral video of a father who was seen beating and scolding his son for failing major subjects in school despite paying 21 Thousand Dollars (21k USD) for schools fees.

In the video, which was allegedly recorded in 2018 but recently surfaced on the internet, the angry father identified as George Bester was scolding his son for getting an A only in music and failing other subjects including Mathematics and English despite spending as much as 21,000 USD to pay his tuition fees.

The father could be heard saying;

I told you this is a scar on your entire life, do you know the reputation this gives you? You can’t read? You are a big boy, you can’t read?

A woman who was recording the incident could be heard begging the man to stop hitting his son.

How can you say I should stop beating him, you know what this means.

He then went on to slap his son again, adding;

See the result and the school fees schedule of the son below; 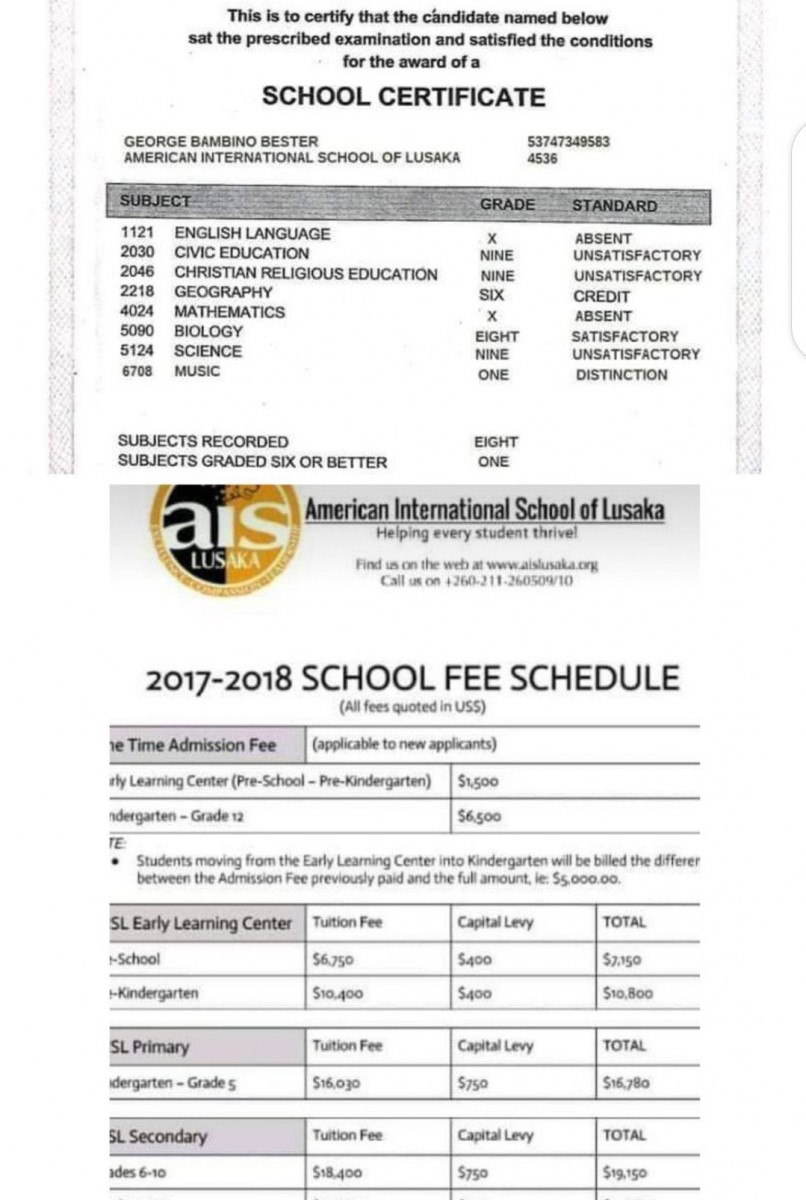 If u watch the video.
He’s surely a man that’s not violent.
See the beating, he will stop & speak out his frustration & hit.

He’s just pained, which is normal.
If he had used that 21k USD to setup a biz or invested somewhere, it’d have turned out greatpic.twitter.com/5gFJfC5AzD

The viral video has however elicited mixed reactions from Twitter users and sparked further controversy about African and proper parenting.

My dad gave me 1,000naira to buy Understanding Mathematics and I didnt give him his 300 change. Result came out and I failed Maths

My dad put me inside a drum, rolled it in the compound and asked me to be shouting “I AM A THIEF”

This dude had Distinction in Music. Music at that level is not easy. I know because I studied it. So 21k USD or not, this kid is definitely not stupid. Looks to me like a kid trying to make a point to an obviously abusive parent. pic.twitter.com/LOx8SN9NzH

The term I went to excursion at Olumo rock and I didn’t ‘jot’ anything, my father made sure I didn’t eat every night for two weeks.

This Dad furious with the kids after paying 21K USD in Tuition fees is a sordid case of Harsh parenting.

Yeah I get, he is very upset about the woeful failures in the exams but he could look for the reason NOT torture the boy like this 😢😢😢pic.twitter.com/7k6WLOeCWv

Everyone is concerned about the 21K USD that the man paid and the boy’s failure to show up on exams days while y’all ignoring the fact that a woman filmed the man scolding his son,took a picture of the son’s result and let everything get to social media. Women will embarrass you

Kid had a distinction in Music and he wants to be a musician.

This family would make a fire album with lots of tours and awards! Perhaps the Grammy 🥇

E papa get 21k USD pay for school. But e sure me die say when e drop e first track, we go hear “I came from the gutter”, “I remember those days wey we no see food chop”

Kid had a distinction in Music and a credit in Geography.

Kid can make a fire album and navigate the world during his world tour with those grades.

…..But you can curse MTN, Glo and Airtel because of your 100MB data that didn’t last you for 7weeks. Ole!

“Fail is you must, but at least show up!”

The anger must have come from the fact that the boy didn’t even bother to be present. Simply shows how much disregard he has for everyone. In the video, the father didn’t for once mention the 21k USD. “You are the first son!”

Let’s forget about the 21k USD fees first why TH will you miss school in the first place and this one is just secondary school oo so what now happens if the boy gets to uni?

This is him trying to tell his parents to go f*ck themselves to their face. Such level of waywardness!

Then came home to sit & watch TV.
But his dad should have given him hot tea, private massage and a trip to Dubai.
This is 2020 Woke Daddy of the Year.

Ordinary 1,500 data that some of you buy, you come here to abuse Airtel and MTN papa for slow network but you want to turn moral Police on top person 21K usd and how he reacts to his child’s failure.

In a photo which later surfaced on the Internet, George Bester, the father of the boy responded to people who criticized him for the way he treated his son, saying; 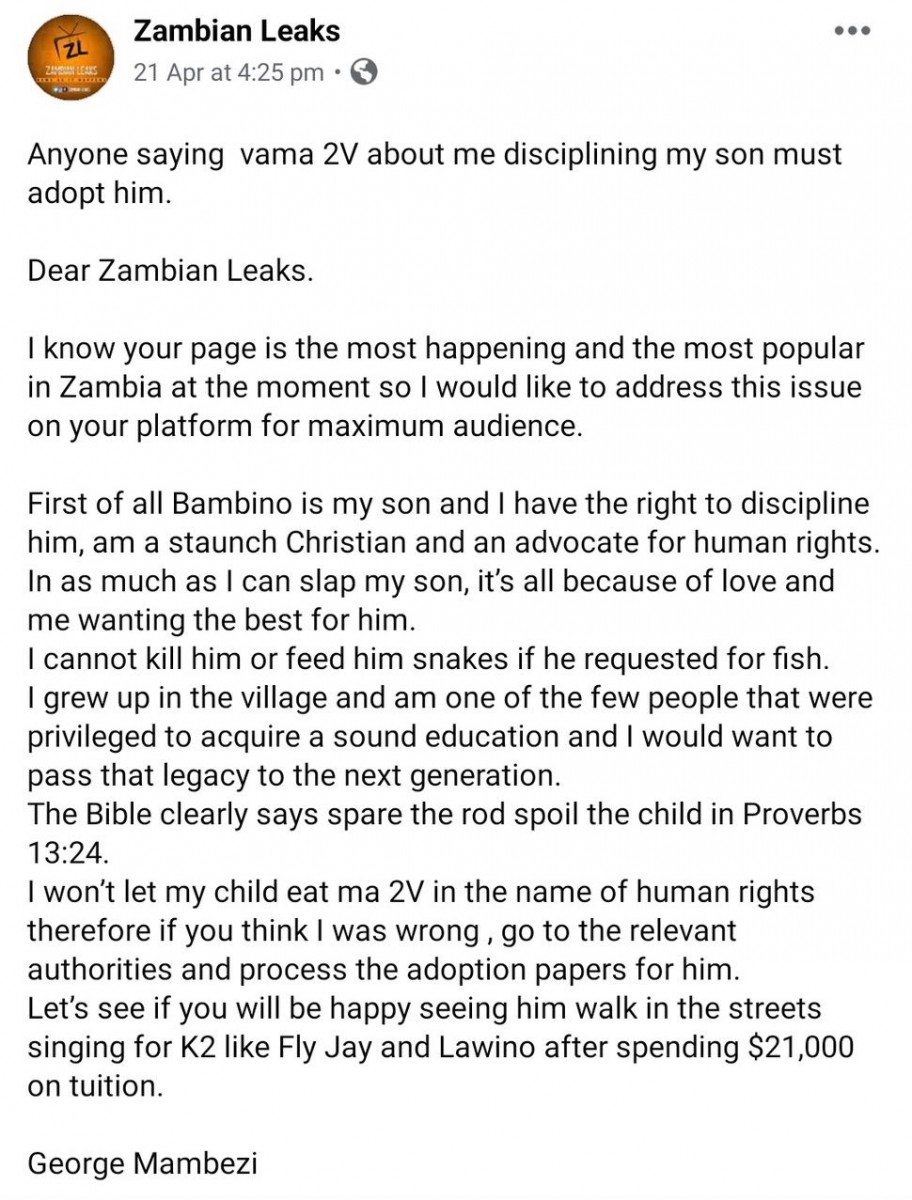 What are you thoughts?