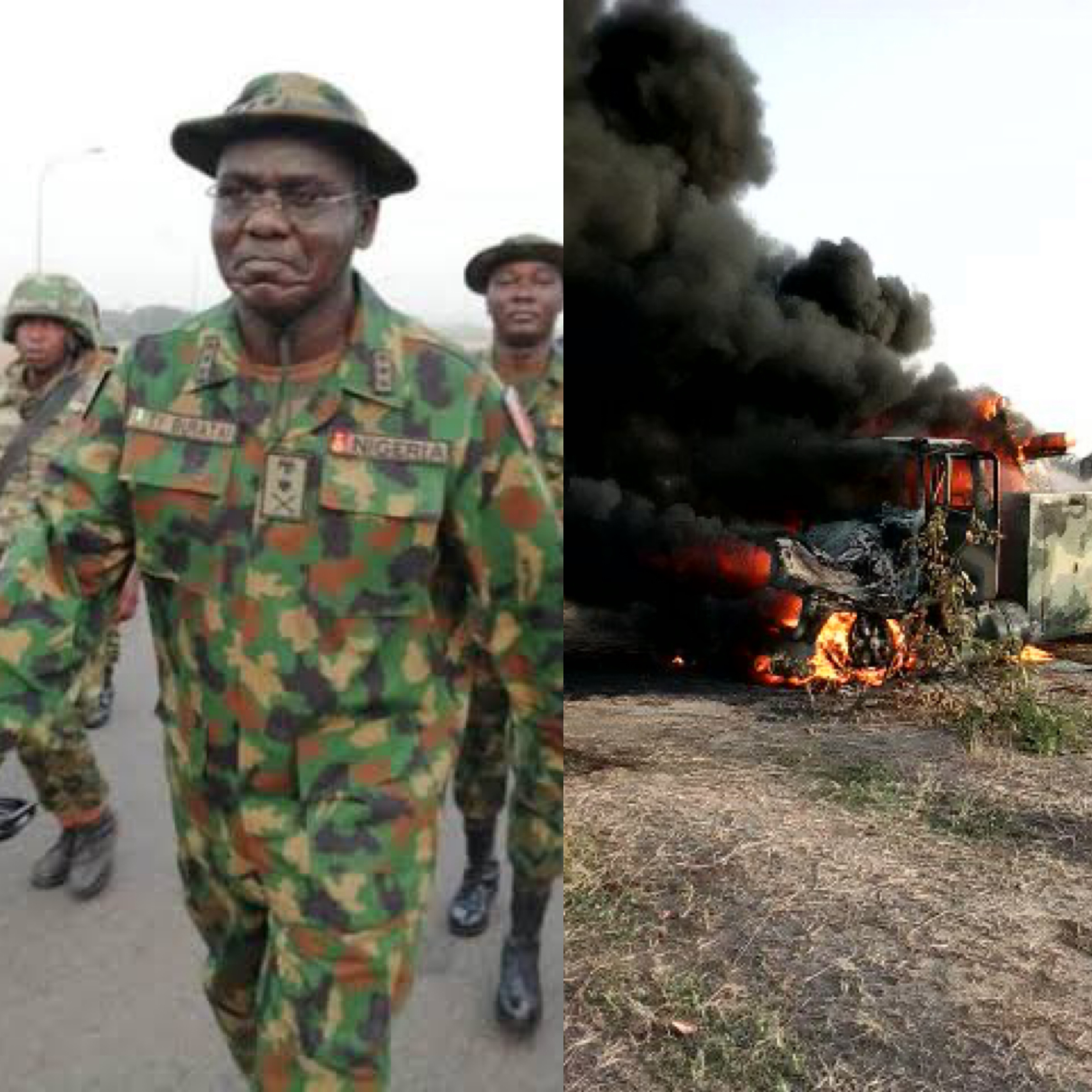 Armed Forces of Nigeria has reacted to a viral video of some soldiers ambushed by Boko Haram, seen raining curses on Chief of Army Staff Buratai.

In a statement released via the official Twitter handle of Armed Forces of Nigeria on May 20, the force said the soldiers outburst was caused by distress from war which is expected.

It stated that the soldiers involved have been identified and would undergo observation and counseling.

Two soldiers paid the supreme price and three other soldiers sustained injuries as a result of the IED explosion. Additionally, a recovery truck, one troops carrying vehicle and a water tanker that ran into the IED were destroyed by fire.Three terrorists were
neutralized while unconfirmed number escaped with various degrees of injury.

However, due to mental snap/distress occasioned by fog of war, two of the soldiers who escaped the IED and terrorists’ ambush recorded the incident with uncomplimentary remarks, about the Nigerian Army and her leadership, which was released on the social media.
Although this kind of outburst is expected in war, the soldiers involved have been identified and would undergo observation and counselling.

The Armed Forces of Nigeria will remain unwavering in its quest to end the terrorism and will do everything possible to ensure there
is no repeat of this kind of traumatic incident/outburst.

Watch video of soldiers’ outburst below;

Our soldiers are crying. 🤦‍♂️ pic.twitter.com/x0T7VIBDhn

Lagos To Admit Only Severe Cases Of Coronavirus At Isolation Centres

The Life And Times Of Late Ravi Zacharias, The Christian Apologist Who Defended Christian Faith Until His Last Breath

Lekki Tollgate Shooting: ‘DJ Switch Would Be Exposed As A…