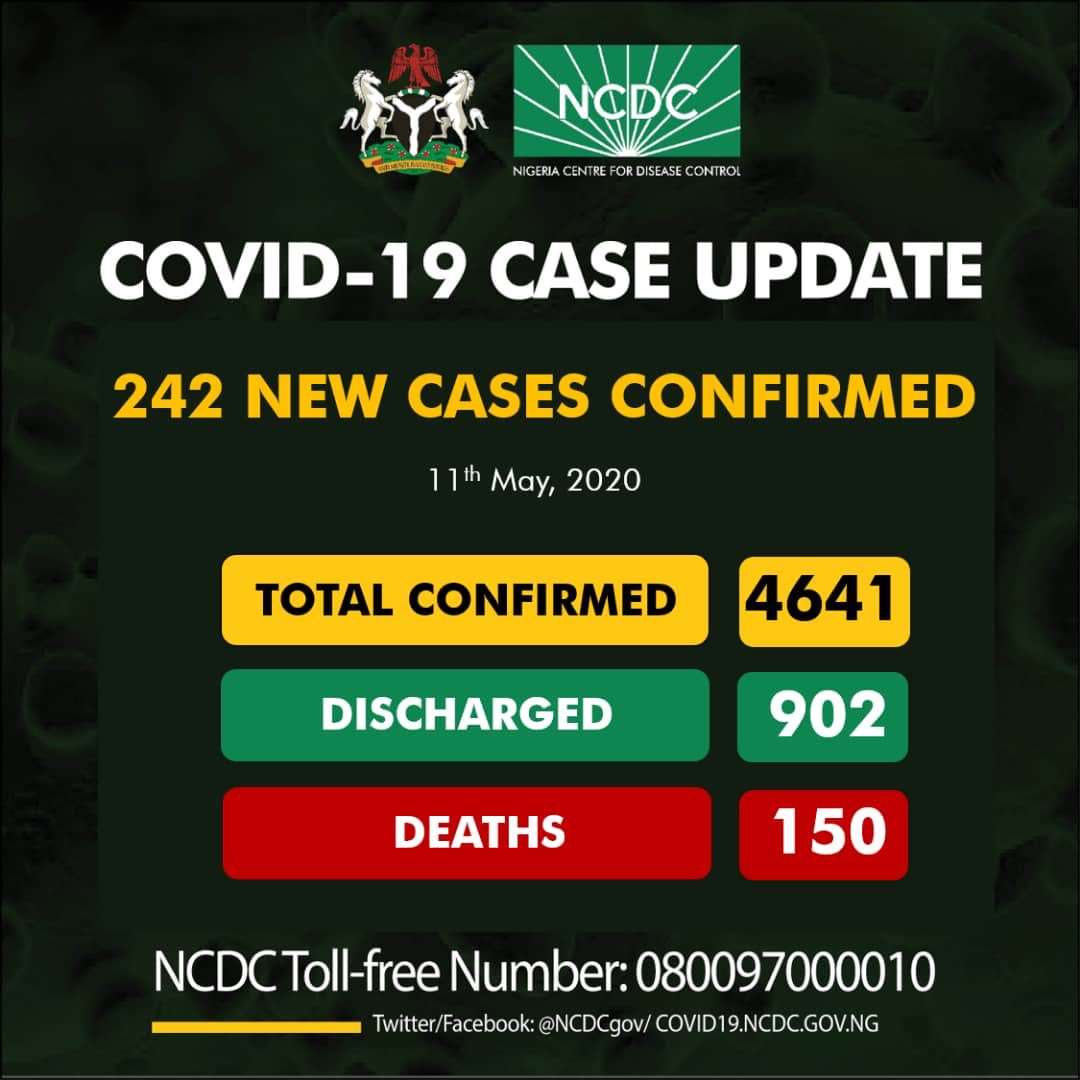 This was made known via the official Twitter handle of the centre, stating;

But, with the newly recorded infections, there are now 4641 total cases, 902 discharged and 150 fatalities nationwide.

Additionally, in a tweet posted earlier today May 10th, NCDC revealed that 27,078 samples have been tested across the country.

In other news, the total recoveries from the coronavirus in Lagos State have surpassed 500 on Monday after 33 more patients were discharged from the state’s facilities.

The Lagos State Ministry of Health announced this via its official Twitter account saying the patients were discharged after testing negative two consecutive times.

The recovered patients make up about a quarter of the 1,949 coronavirus cases recorded in the state.

The newly discharged patients comprise of nine females and 24 males, who were all discharged from isolation facilities at Onikan and Eti-Osa (LandMark).

There are now a total of 502 recovered and discharged patients in Lagos.