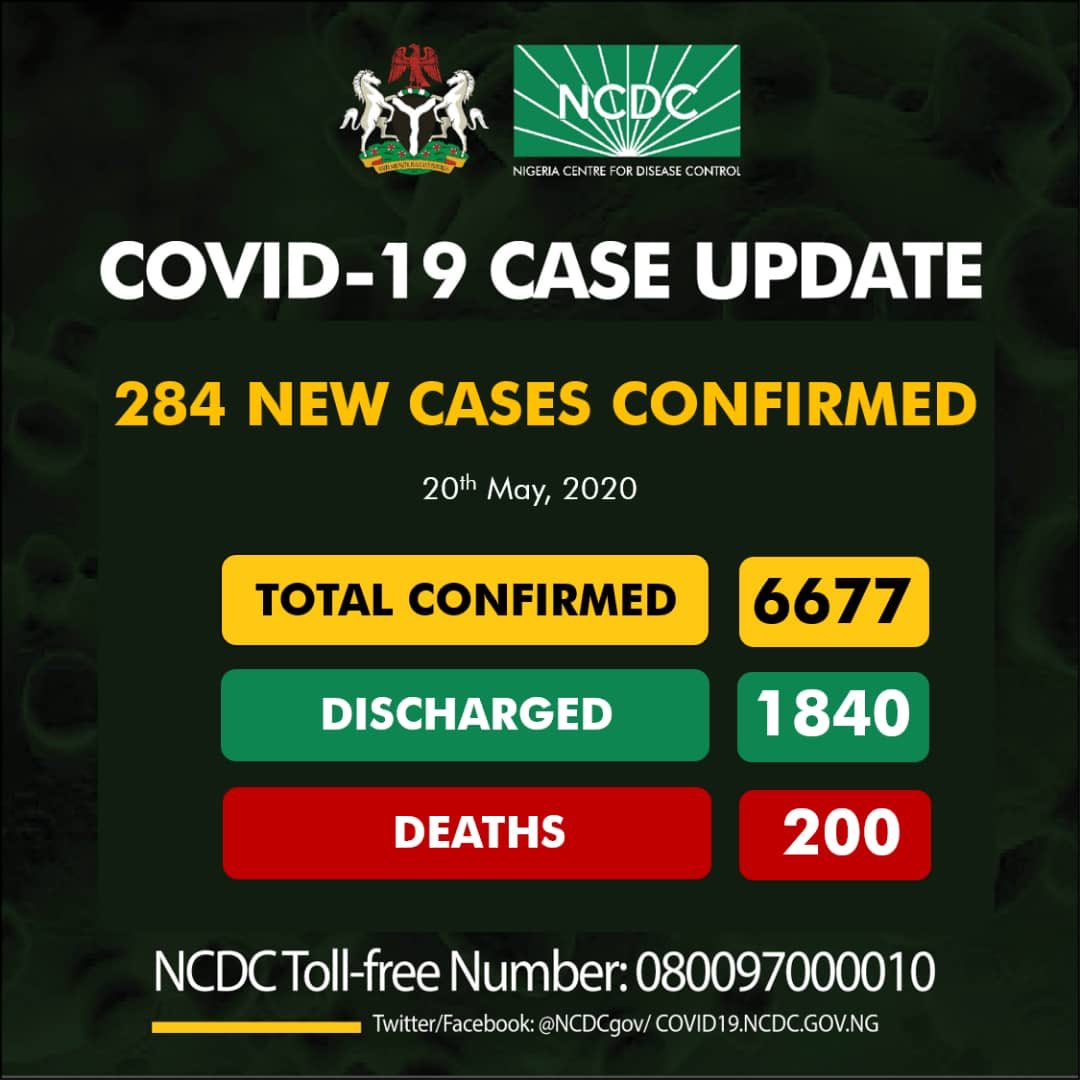 The centre announced this on its official Twitter page on Wednesday night, stating;

Though, there is currently no known cure for coronavirus, the number of successfully managed cases in the country has risen from 1,734 recorded on Tuesday to 1,840.

Total number of fatalities have also increased from 192 to 200 after recording 8 new deaths.

Also, NCDC announced in its COVID-19 situation report that total samples tested nationwide have increased from 36,899 to 38,231 as at May 19th.

This was announced on Wednesday by Lagos State Ministry of Health on Twitter, noting that the recovered persons tested negative twice to the virus before their discharge.

A breakdown of the figure shows that the recovered COVID-19 patients include 6 females and 11 males.

The tweet further reveals all those discharged are Nigerians, adding that they were discharged from the isolation facilities in Yaba, Gbagada & LUTH.

According to LSMOH, 7 persons were discharged from the Mainland Infectious Disease Hospital, Yaba, 6 from LUTH and 4 from Gbagada Isolation Centres.

The statement also notes that this brings to 649, the number of discharged cases in Lagos.

Lagos To Admit Only Severe Cases Of Coronavirus At Isolation Centres