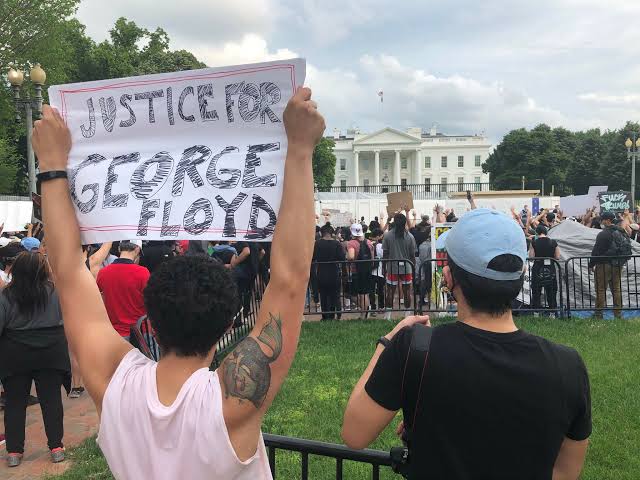 White House in Washington, US has been on temporary lock down after hundreds of Americans staged a protest in front of the building, over the killing of a unarmed black man, George Floyd, in Minneapolis and President Trump’s comment about the murder.

It would be recalled that a white police officer in Minneapolis killed Floyd on Monday by pressing a knee into his neck for over 8 minutes while the victim was handcuffed.

Floyd’s death led to national protests in different cities in the US since Thursday. 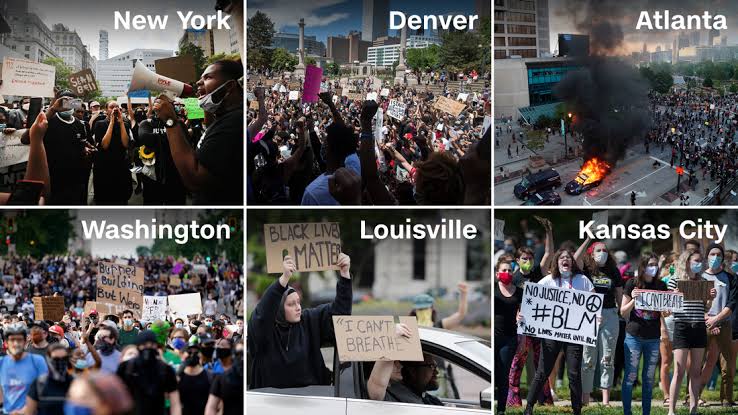 The protest was also staged in front of the White House after Trump in his reaction to the murder, tweeted that;

These THUGS (protesters) are dishonoring the memory of George Floyd, and I won’t let that happen. Just spoke to Governor Tim Walz and told him that the Military is with him all the way. Any difficulty and we will assume control but, when the looting starts, the shooting starts. Thank you!

This sparked more outrage as many protesters claimed the President threatened to shoot them.

US President later said his comments had been misconstrued, explaining that;

Looting leads to shooting, and that’s why a man was shot and killed in Minneapolis on Wednesday night – or look at what just happened in Louisville with 7 people shot. I don’t want this to happen, and that’s what the expression put out last night means….

The protesters in front of the White House could be seen in short video clips throwing bottles and other objects at officers wearing riot gear barricading the building.

Some measures like the use of tear gas and pepper spray were deployed in an effort to disperse the crowd and protesters who in some of instances wrestled police officers to get past the barricades.

The crowd of hundreds chanted “No justice, no peace” and “Say his name: George Floyd.”

The violent protest went on for hours before police declared the gathering ‘unlawful’ and ordered everyone to leave Lafayette Square, a seven-acre public park located directly north of the White House.

Watch a video of the violent protest below;

The police have been getting extremely aggressive in front of the White House. I took a nasty blow to the head as these cop started throwing punches at DC residents and the journalists covering their protest of the execution of George Floyd. pic.twitter.com/VLw8TnSWCu

See some photos of White House protesters below; 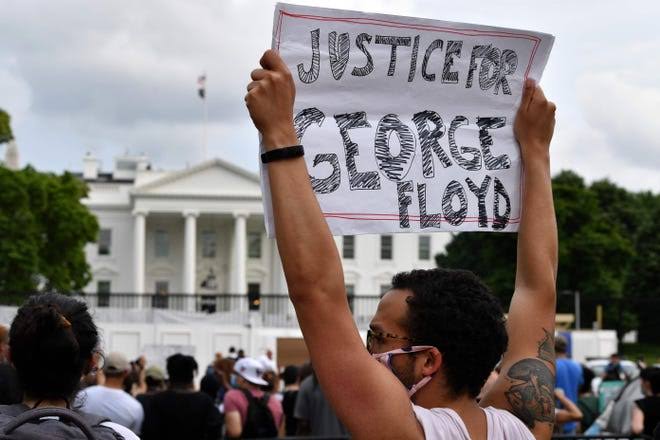 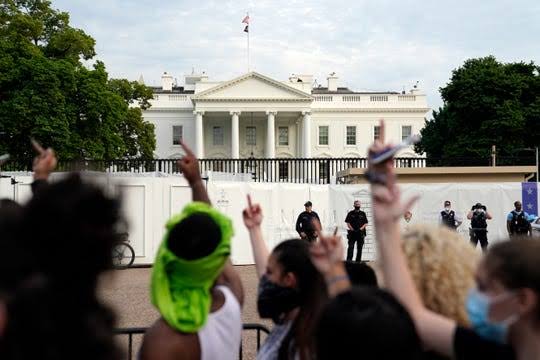 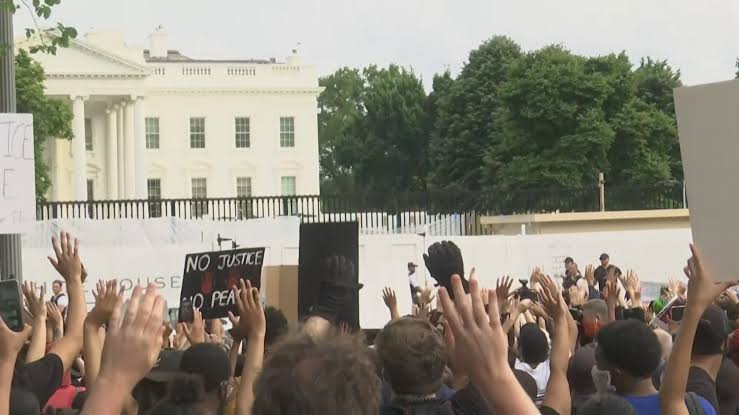 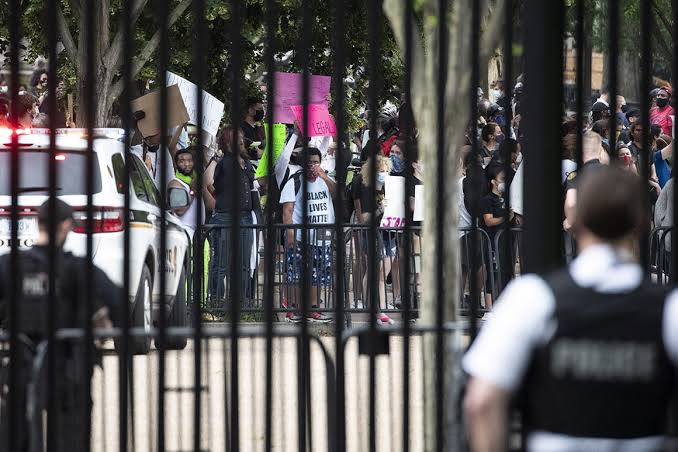 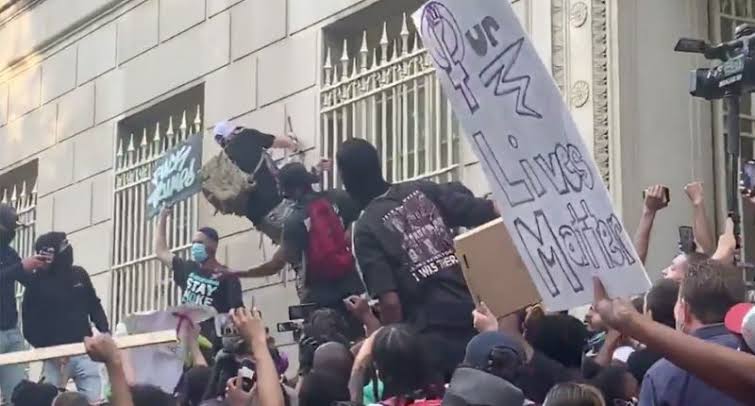 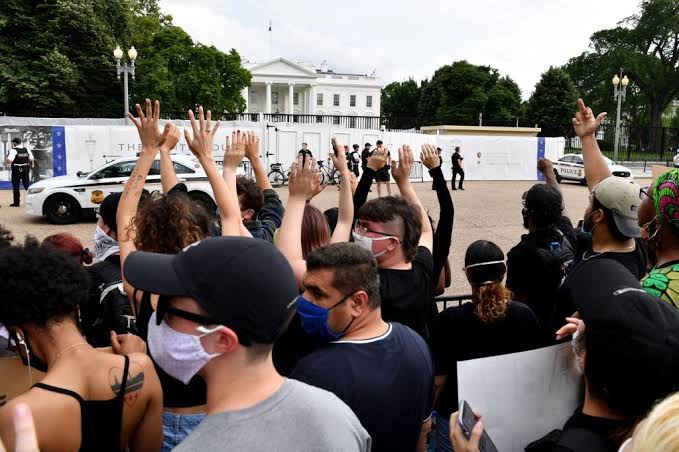 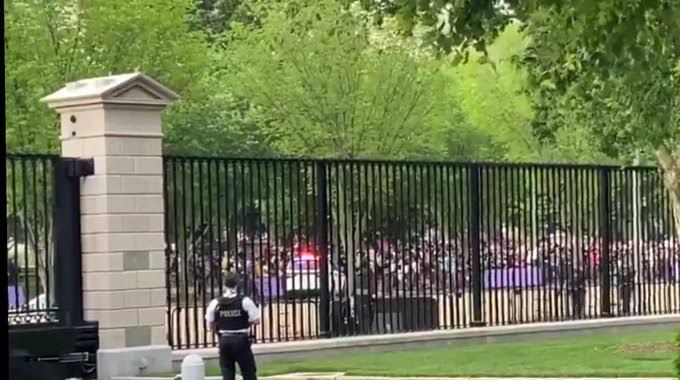 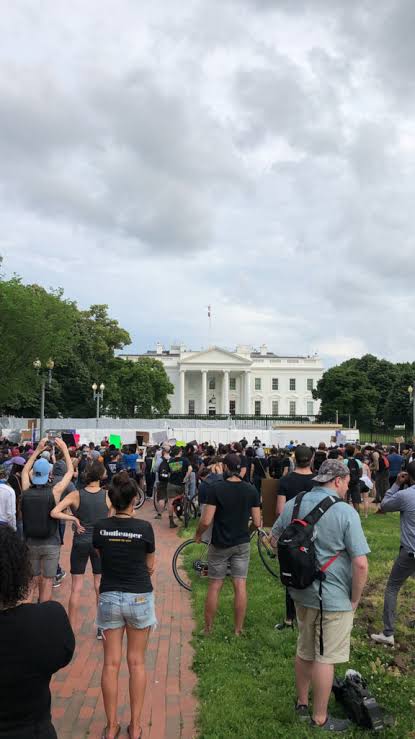 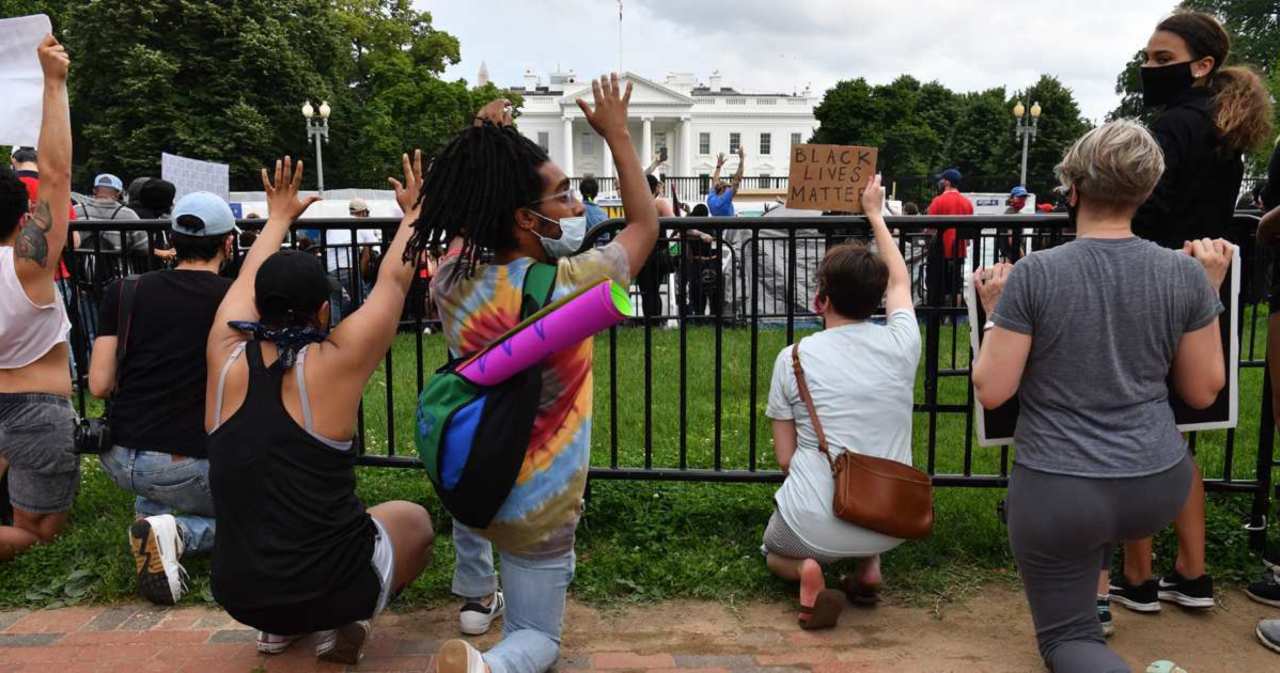 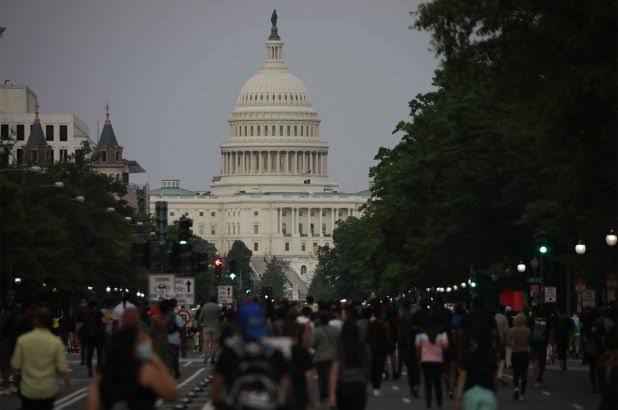