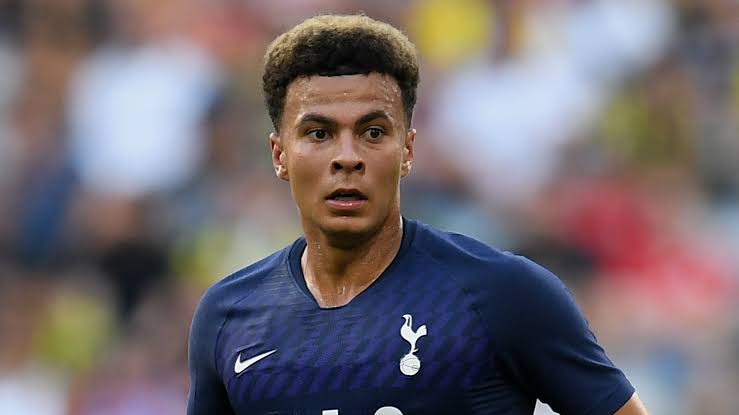 Tottenham midfielder Dele Alli has thanked his fans for their support after escaping serious injury during a knifepoint robbery attack, at his north London home in the early hours of Wednesday.

Alli took to Twitter on Wednesday evening thanking everyone for checking up on him, tweeting;

Thank you for all the messages. Horrible experience but we’re all okay now. Appreciate the support.

According to SkySports, as at the time of robbery, there were five people in the house namely the 24-year-old player, his brother, their girlfriends and another friend.

Police confirmed that two of the male residents were assaulted during the incidents, with reports claiming Alli was one of those attacked.

As at press time, authorities said no arrests have been made, but enquiries into the circumstances are continuing.

A statement from the police reads;

Two males gained entry to the property and stole items of jewellery, including watches, before fleeing. Two male occupants at the property suffered minor facial injuries after being assaulted. They did not require hospital treatment.

Tottenham club offered their support to the England midfielder, with a club spokesperson saying;

We have been offering our support to Dele and those isolating with him. We encourage anyone with any information to help the police with their investigation to come forward.

The incident comes two months after the family of Alli’s Tottenham team-mate Jan Vertonghen were burgled by armed men with knives at their north London home also.

The robbery of Vertonghen’s home occurred while he was in Germany for Spurs’ Champions League match against RB Leipzig in March.

Alli had scored nine goals in 35 appearances for Tottenham before football season was suspended in March because of the ongoing coronavirus pandemic.

However, Premier League teams could return to training next week though members of some English football clubs, due to coronavirus fears, have expressed concerns over the intended resumption.

Training can only resume only if the proposals are backed by players, managers and approved by the UK government and Public Health England.

League captains held a meeting with the Premier League and medical experts on Wednesday afternoon talking through the protocols which will be in place to ensure training is safe as possible.

Police Arrests Man Who Went On Facebook To Brag About Brutally Battering Wife, Shared Photos Of Her Bleeding Face

Inmates Who Escaped From Prisons In Edo Rearrested For…