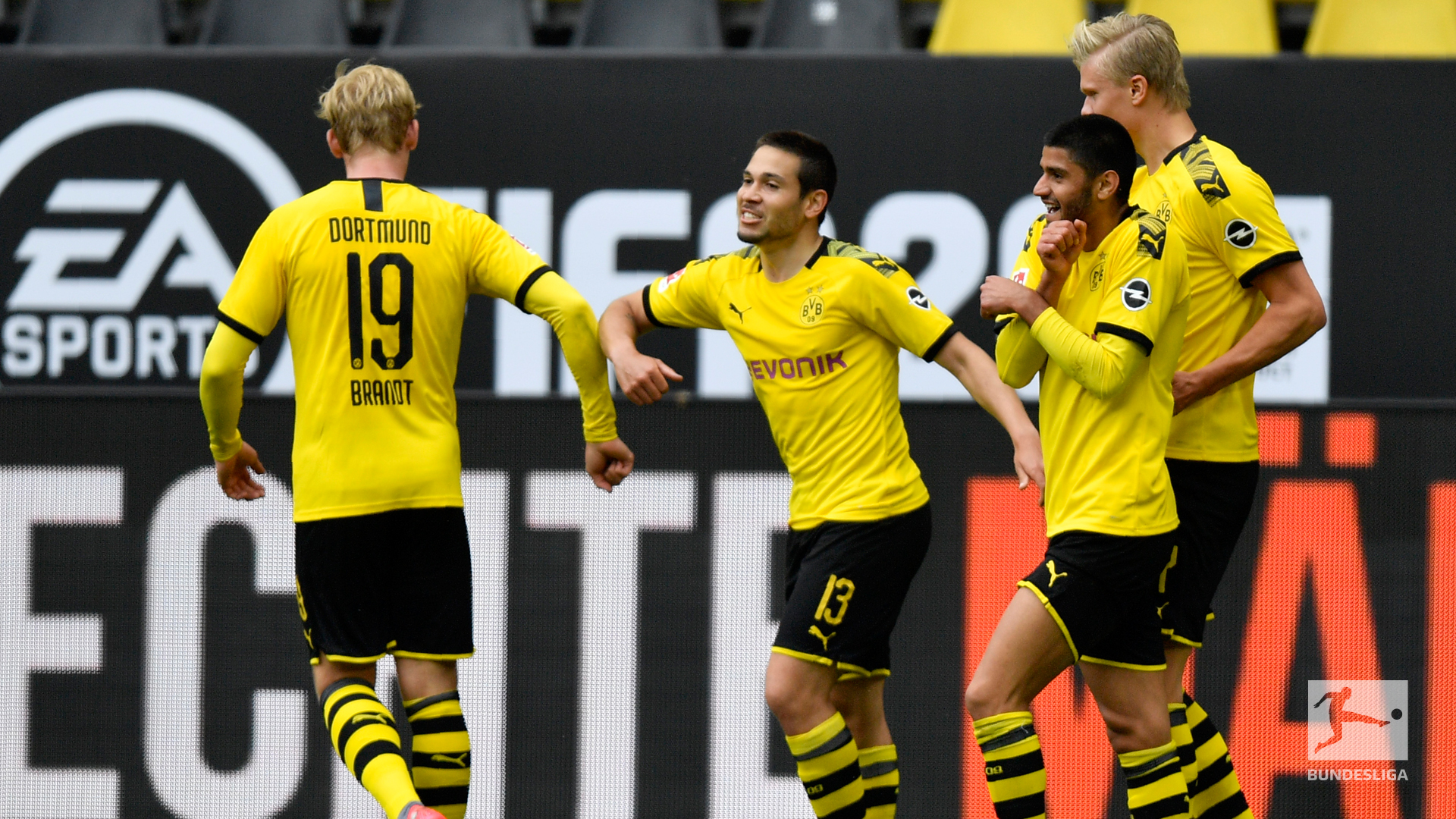 German Bundesliga football league has returned to action on Saturday with six-matches after 61 days of suspension of league due to coronavirus pandemic.

It is the first of Europe’s elite leagues to return to the screen even as the English Premier League, Italian Serie A and Spanish La Liga attempt to get their 2019-20 seasons back and completed.

The Bundesliga will be under the spotlight to provide a blueprint for other leagues soon to resume.

Everybody will watch the Bundesliga to see how the players are on the field and outside the field. Hopefully they will do it positively. A lot of our colleagues can participate in that — if everything works, the handbook, the plan, everything, we can give that to other federations and other sports.

Matches will be played behind closed doors as players and coaches, who have been in quarantine for the past week, must follow stringent hygiene guidelines.

Starting off the games is Borussia Dortmund and Schalke 04 in the Ruhr Derby in a field devoid of supporters, a fixture that would normally attract an 82,000 crowd.

Although Germany has suffered far fewer deaths from coronavirus than other large European countries, it is still too dangerous for crowds to return.

On Sunday, Bayern Munich will resume their quest for an eighth successive Bundesliga title when they play against Union Berlin.

Bayern were four points at the top of the table when the season was suspended in March due to coronavirus.

Most of the clubs went back to training at the start of April. They required permission from their local state, and all had to adhere to the 11-point list of guidelines handed down from the German Football League (DFL).

They were told to respect social distancing and keep any non-essential time at the training ground to a minimum. Some players trained in masks.

Bayern Munich was one of the first Bundesliga teams to return to training and they practised in small groups of three or four players, focusing on skill drills while respecting social distancing rules.

The sessions were non-contact; goalkeepers trained in a separate group, only interacting with the outfield players during shooting practise.

Reports say that if Bundesliga completes the nine remaining rounds of matches by June 30, clubs could receive around 300 million euros ($324 million) in money from television contracts.

Which kain corona celebration Haaland and Dortmund dey do like this 😂 😂??

You should be wise about social distancing after Dortmund celebration, see Haaland the leader😂

German football isn’t usually my thing but for today it is … #footballisback pic.twitter.com/2sKU3OgwZ1