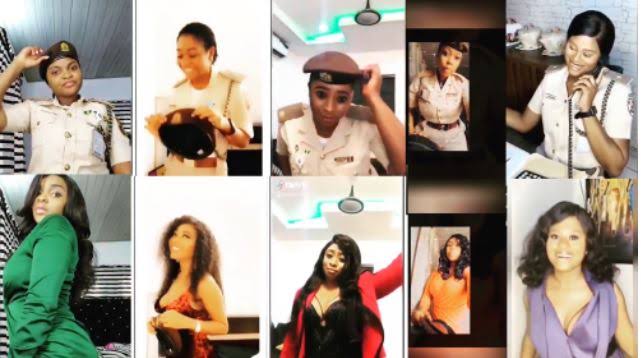 The Nigeria Immigration Service has suspended the disciplinary redeployment of five female officers, punished for participating in a viral social media video challenge in their uniforms.

The women, Priscilla Irabor, Catherine J. Bakura, Blessing Alfred Udida, Binti I. Attabor and Ockiya Eneni, had recorded themselves transforming from their uniforms to a wide range of outfits while dancing to ‘BOP Daddy’ by singer, Falz, who initiated the challenge.

Early in April, the NIS queried the women for violating the internal code of the agency and summoned them at the headquarters.

Two days ago, the agency, in a bid to ‘discipline’ the ladies, transferred them to remote places in the country and demanded for resumption to duty post within 7 days despite ban on interstate travels in the country. The agency added that it will not bear the cost of their relocation.

This punitive measure led to an outcry from many Nigerians on social media including Falz, who later went ahead to write the Nigeria Immigration Service on behalf of the ladies, seeking redress. 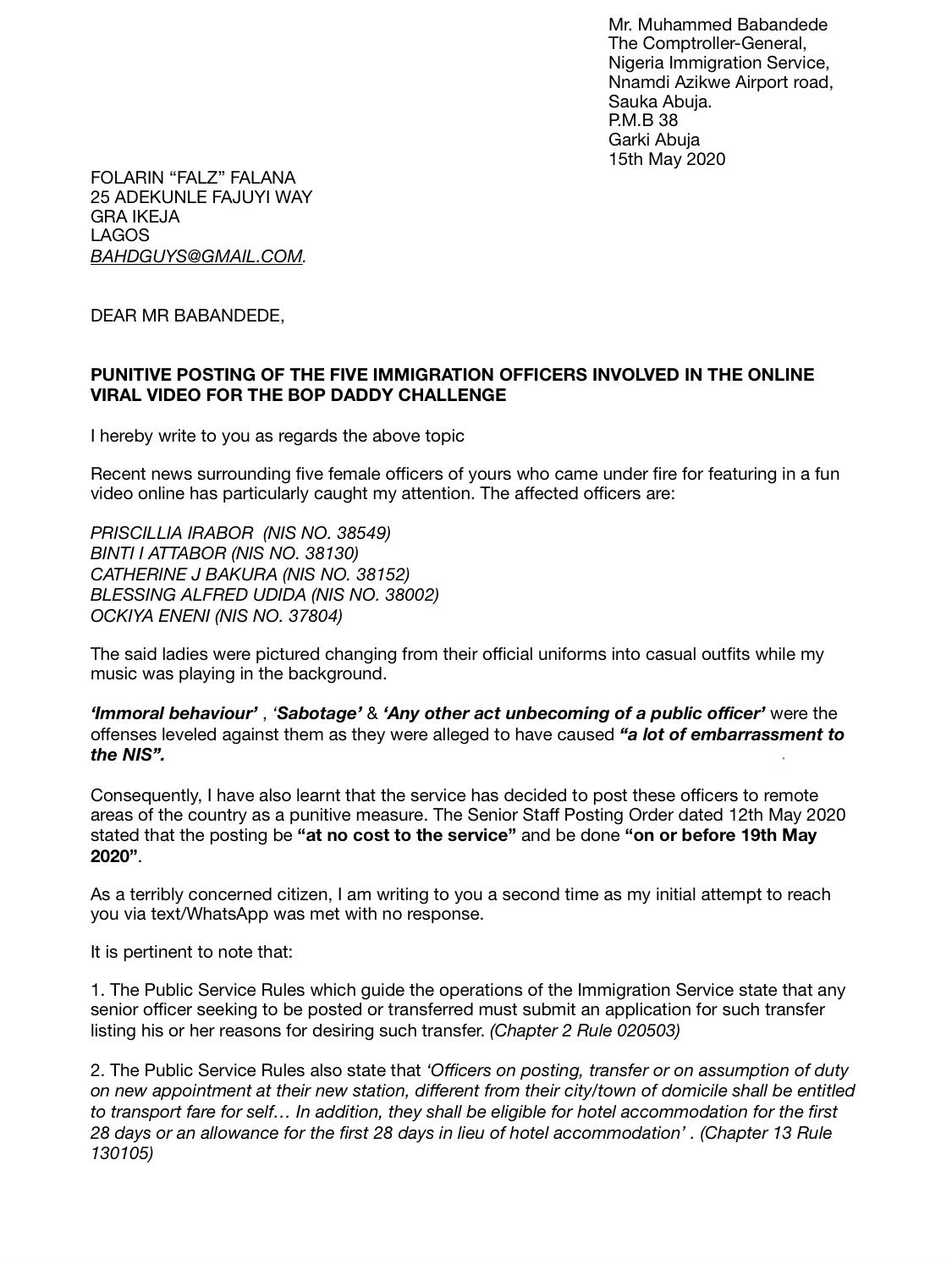 The clamor for reconsideration of the redeployment may have successfully led to the current suspension of the officers’ transfer.

In series of tweets on Friday, the NIS said the Comptroller General of the agency, Muhammad Babandede, had decided to put the deployment on hold after his attention was drawn to the matter.

The attention of the Comptroller General, Muhammad Babandede, MFR, has been drawn to some trending matters on some social media platforms regarding the deployment of some of our personnel to some formations across the country.

It is important to note that staff deployment remains a vital practice of regimented organisation such as ours and should be seen as such. As an agency, we maintain zero tolerance to any matters bordering on offences against discipline among members of our workforce irrespective of gender.

We have high premium for staff development and indeed encourage personal efforts but that must be within the confines of our rules and regulations.

The matter involving the personnel in question is still being investigated and therefore, the Comptroller General has directed that the earlier posting order be put on hold pending the conclusion of the investigation.

According to the agency, the redeployment has only been put on hold pending the conclusion of the investigations into the conduct of the officers.

Watch the officers’ viral video below;

So, some officers in the Nigerian Immigration service did the Bop daddy/don’t rush challenge, and because they are women, the Comptroller General is now trying to penalize them for it. “Indecent flaunting of bodies” (Thread) pic.twitter.com/1mdFN4m6cJ

We Can’t Afford Another Round Of Lockdown – Buhari To Nigerians

Falz Prays For A Better Nigeria As He Clocks 30 (Photos)