Children of Susan Idoko Okpe, Benue state COVID-19 index case, have called on Nigeria Center for Disease Control (NCDC) to release their mum, who has been in the Abuja Isolation center for 57 days.

Idoko has been having a squabble with the Ministry of Health and the NCDC since she allegedly tested positive to coronavirus.

In a video which went viral some weeks ago, Idoko disclosed that she went for medical checkup in the hospital, only for doctors to inform her that she is Coronavirus positive without tendering her test result. She was then moved to Abuja isolation centre, where she has been for weeks without showing any symptoms of the disease.

Reacting to the development, the Minister of Health, Osagie Ehanire on Wednesday said Idoko had refused to let the NCDC and other medical personnel take her samples, so they can do a final test on her before she is discharged.

In separate posts via their Instagram pages, the children of Mrs.Okpe have now cried out, demanding the immediate release of their mother. 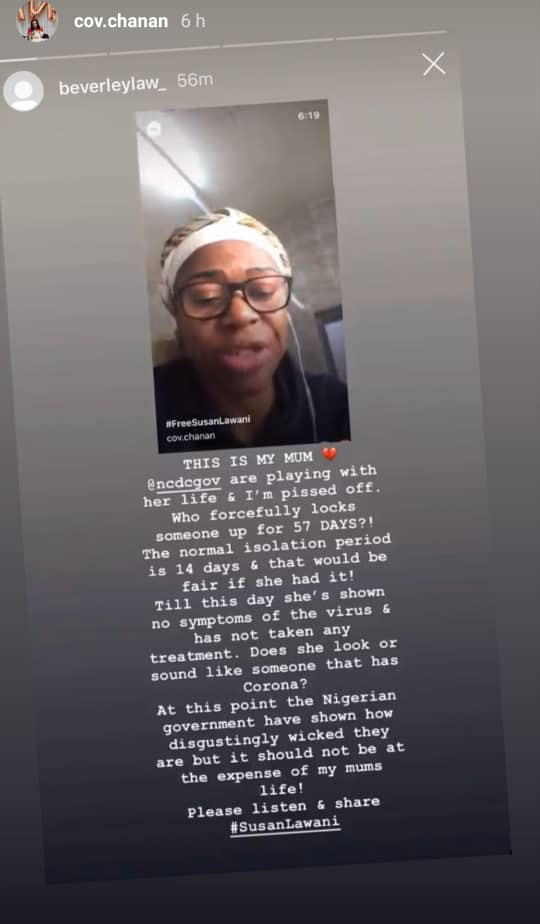 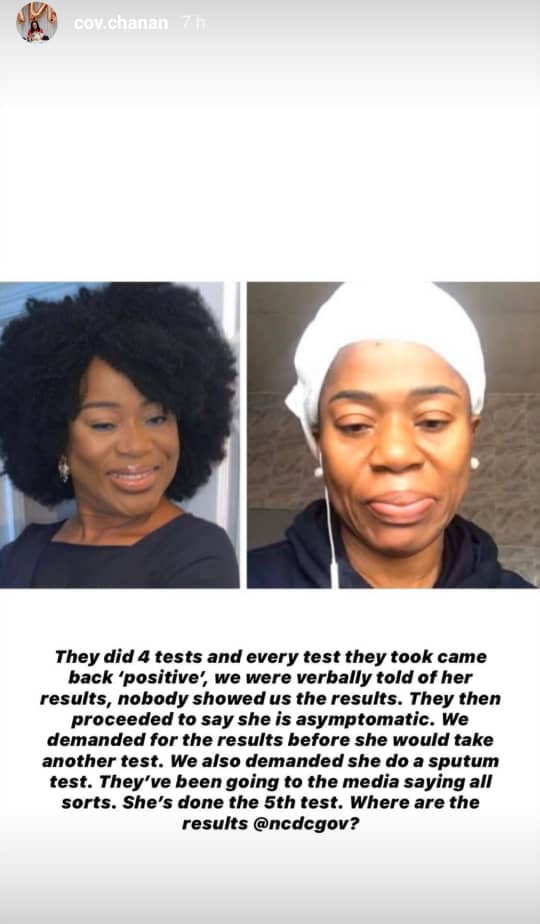 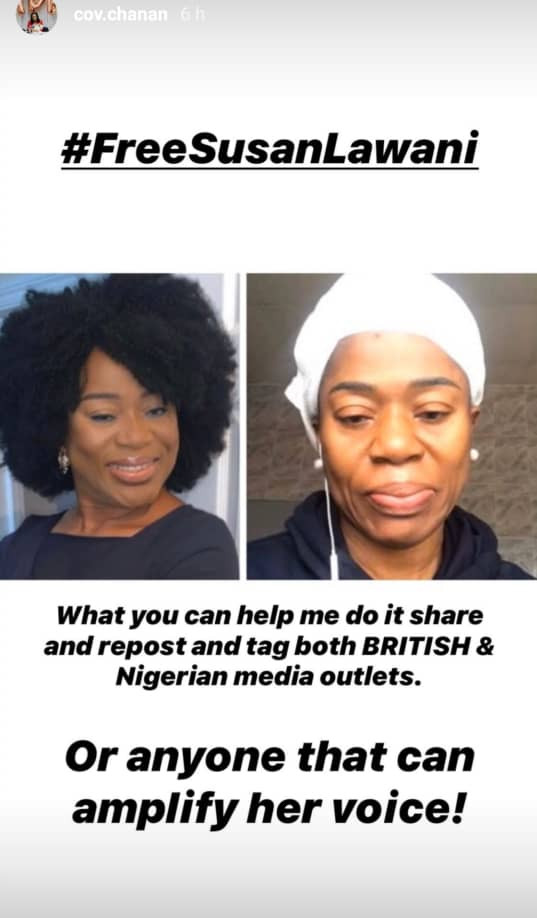 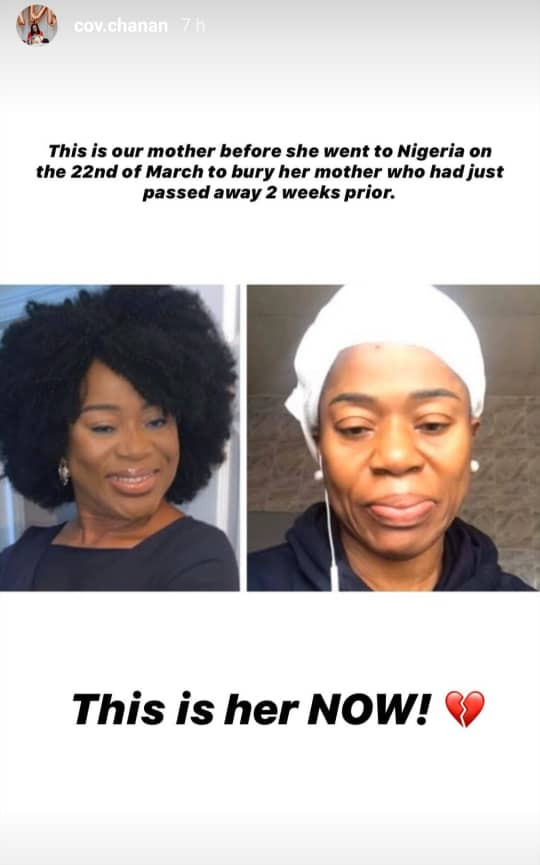 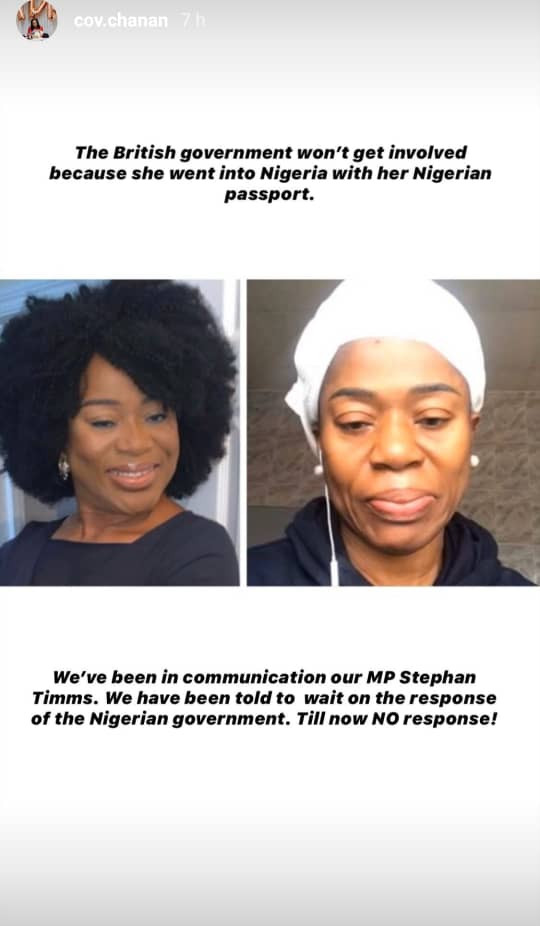 Susan Idoko, herself also once again called on the Nigerian government to release her from the Abuja isolation centre.

In a video that surfaced on the internet today, Idoko asked what the intention of the agency are by keeping her at the center without physical test result to show she is positive.

Idoko said she has been tested five times and that she hasn’t been told the outcome on any of those occasions.

She is now pleading with the authorities to release her and let her go home to be with her family members.