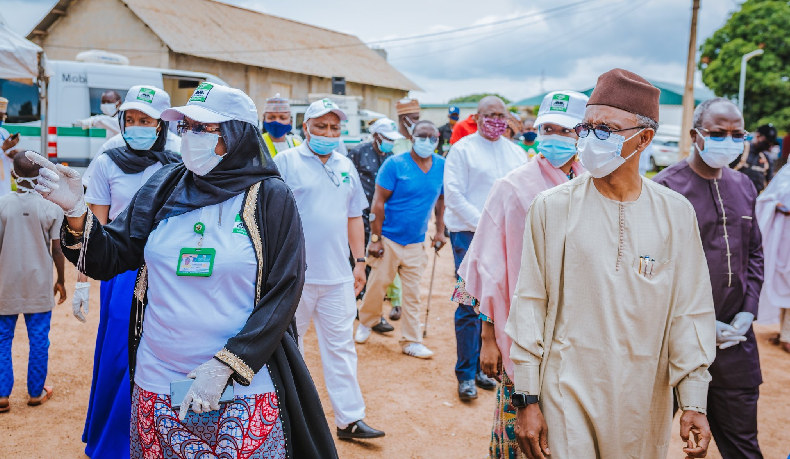 Kaduna state Governor Nasir El-Rufai has warned that parents who enrol their children into the almajiri education system risk two years in jail or fine.

El-Rufai gave the warning on Monday when he visited about 200 Almajiri children repatriated from Nasarawa State and undergoing rehabilitation at Government College, Kurmin Mashi, Kaduna.

Almajiri are young children enrolled to be taught Islamic knowledge under Islamic Clerics, but many of them end up loitering the streets begging for alms.

The governor said any Islamic cleric who enrols any child into the almajiri system would be prosecuted and jailed or fined N100,000 or N200,000 per child.

He promised that the state would continue in its efforts to offer a better future for the children.

We will continue to take delivery of every Almajiri pupil indigenous to Kaduna state for rehabilitation, treatment and enrolment into formal school nearest to where their parents live.

We will do this until we clear Kaduna state of the menace of Almajiri system, which is not education but the abuse of the privilege and future of a child.

Our ultimate goal is for them to acquire formal education without depriving them of the opportunity to acquire Quranic education.

He revealed that the Ministry of Human Services and Social Development (MHSSD) and United Nations Children’s Fund (UNICEF) would closely monitor the progress of the children and ensure completion of their primary and secondary school education.

According to the governor, every child must get 12-year free and compulsory primary and secondary school education.

INEC To Commence Electronic Voting In 2021