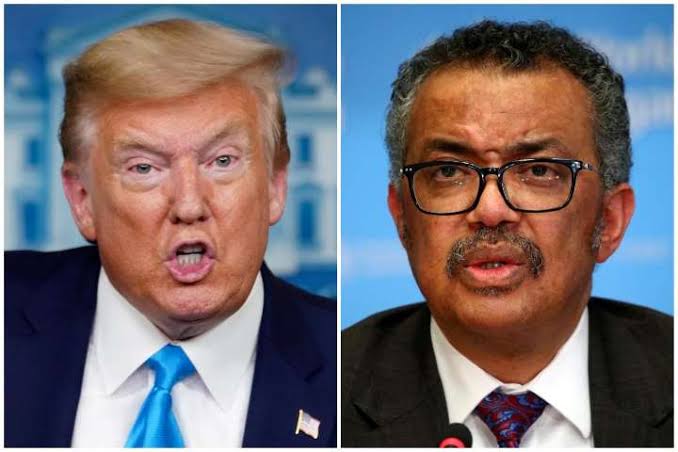 US President Donald Trump has sent a letter to the head of World Health Organization (WHO), threatening to permanently stop funding the body over COVID-19 controversy.

The letter outlines a 30-day deadline for the body to commit to ‘substantive improvements’ or lose its funding and US membership in the organization.

The ultimatum given is as a result of the continuous spat between Trump, WHO and China. The US Central Intelligence Agency (CIA) had said China blocked WHO from sounding the alarm about the disease early enough.

In a letter dated May 18 and addressed to Tedros Adhanom Ghebreyesus, WHO director-general, Trump said if the world health body does not undertake the reform within the ultimatum given, US would also consider its membership of the organisation.

The US president said he would not allow funding to an organisation that does not serve US citizens interests, accusing the WHO of having an ‘alarming lack of independence’ from China.

Among his assertions, Trump alleged that the agency has ‘consistently ignored’ what he describes as ‘credible reports’ of the virus spreading in Wuhan at the start of December or even earlier.

A part of Trump’s letter reads;

The World Health Organization has failed to publicly call on China to allow for an independent investigation into the origins of the virus, despite the recent endorsement for doing so by its own Emergency Committee.

The only way forward for the World Health Organization is if it can actually demonstrate independence from China. My Administration has already started discussions with you on how to reform the organisation.

I cannot allow American taxpayer dollars to continue to finance an organization that, in its present state, is so clearly not serving America’s interests.

Read the full letter below; 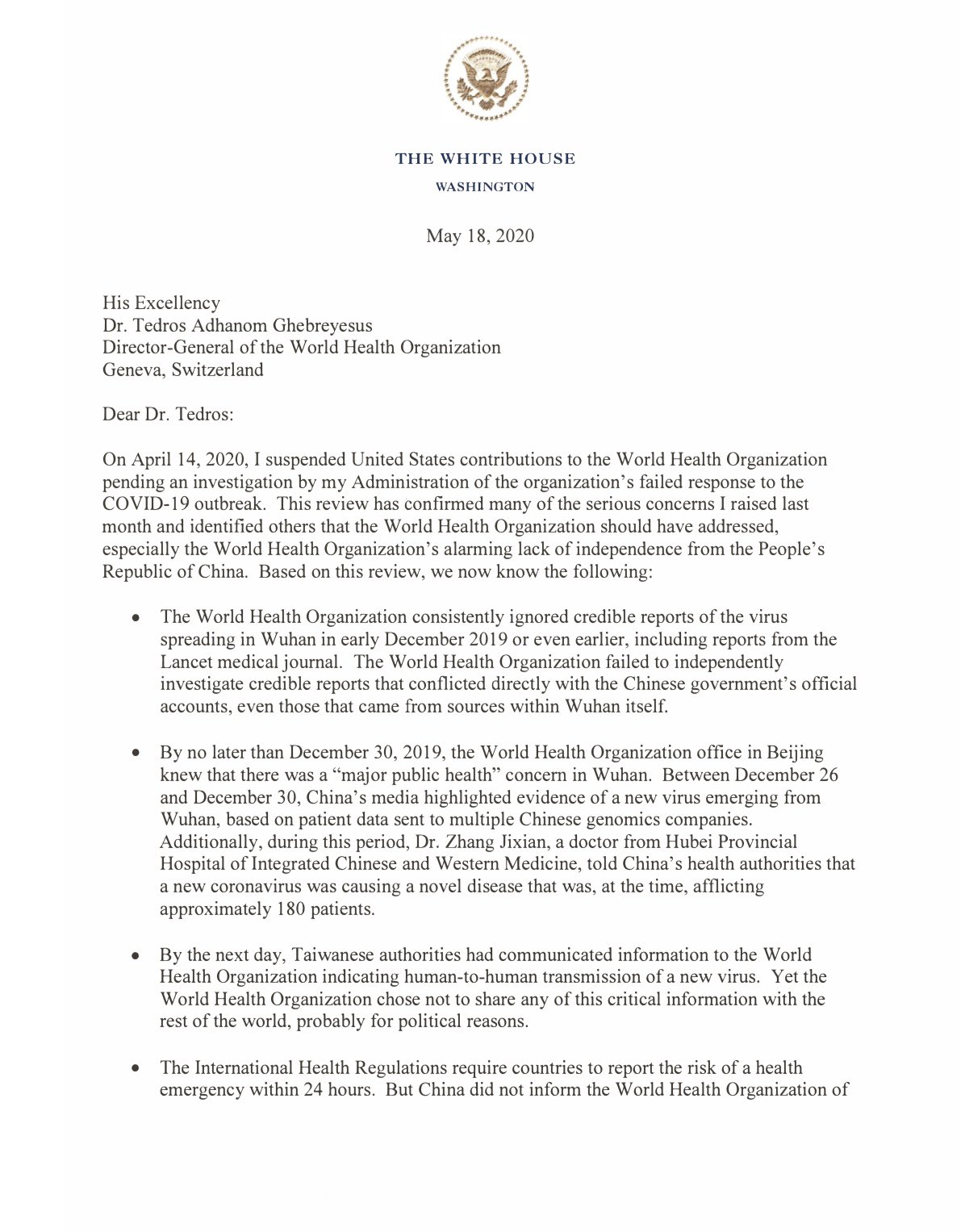 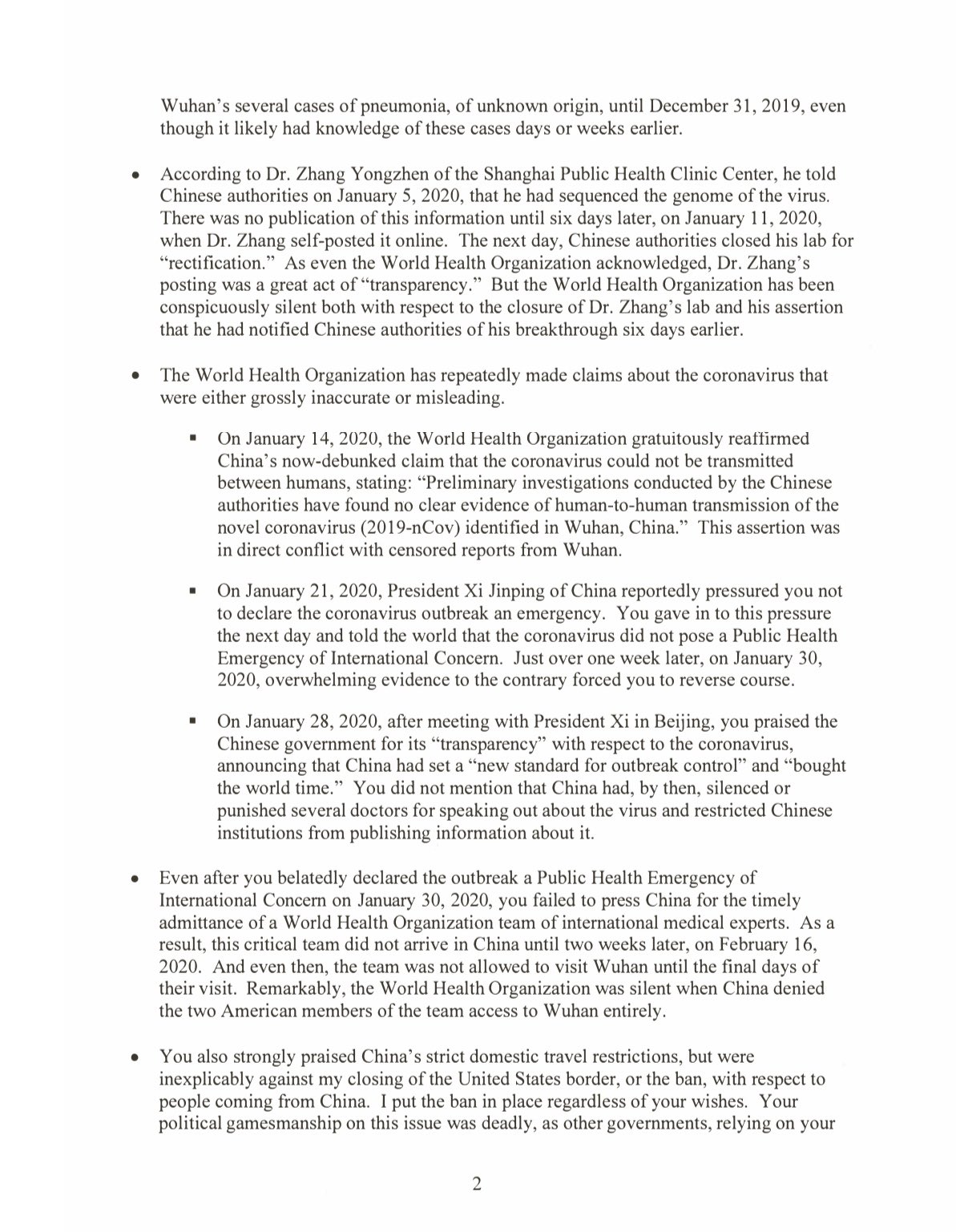 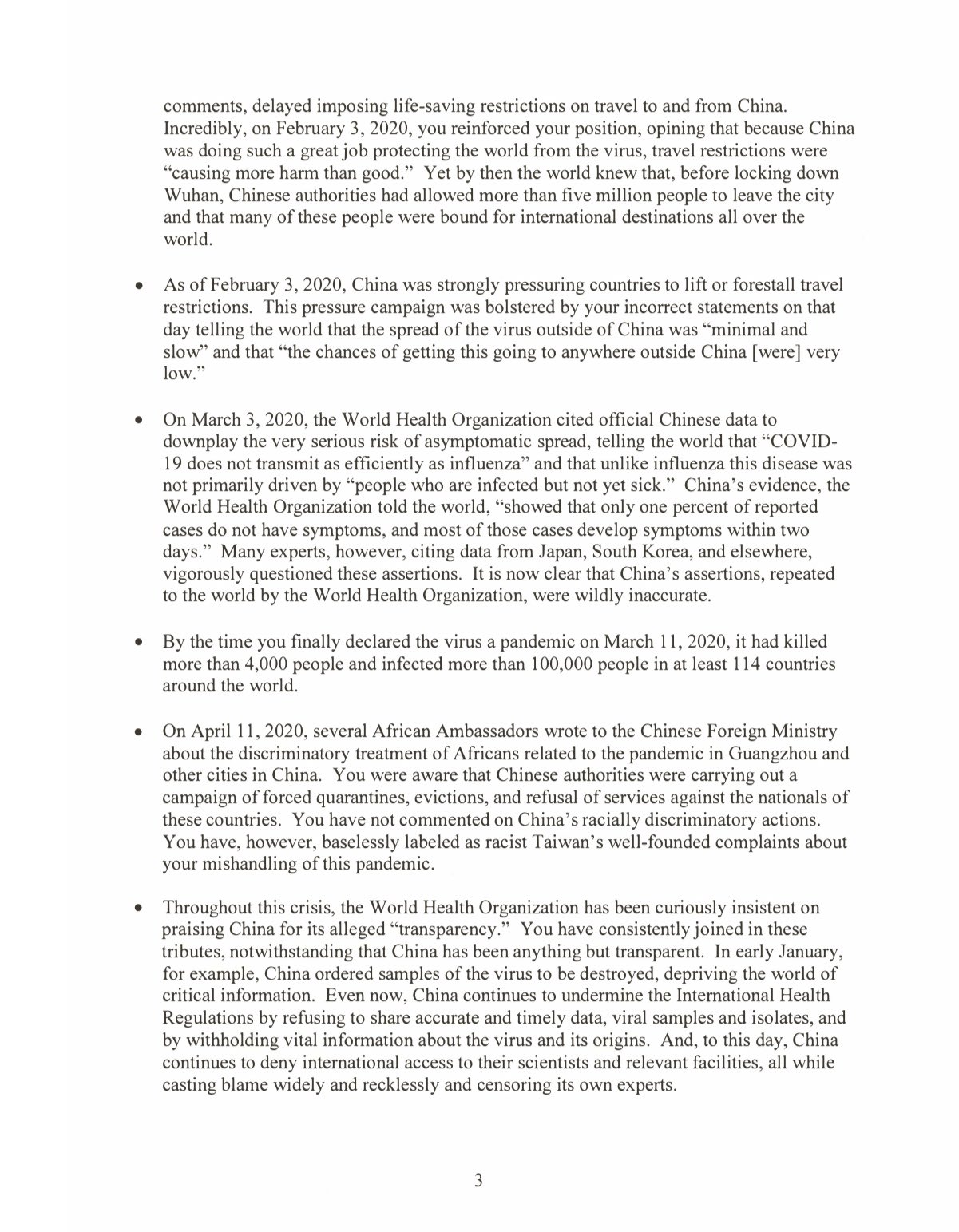 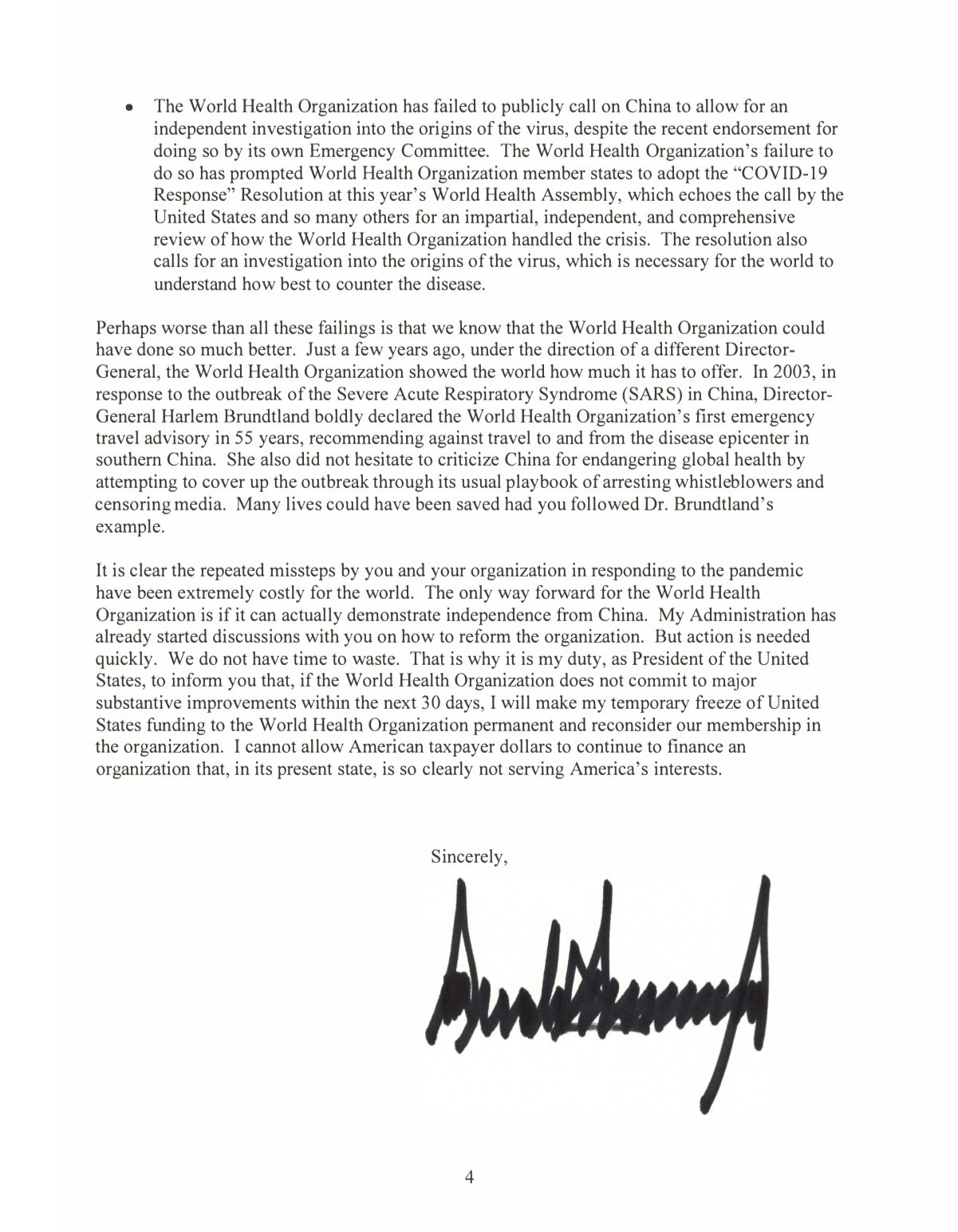 Cameroonian Pastor Who Claimed He Could Cure Coronavirus Dies From Virus