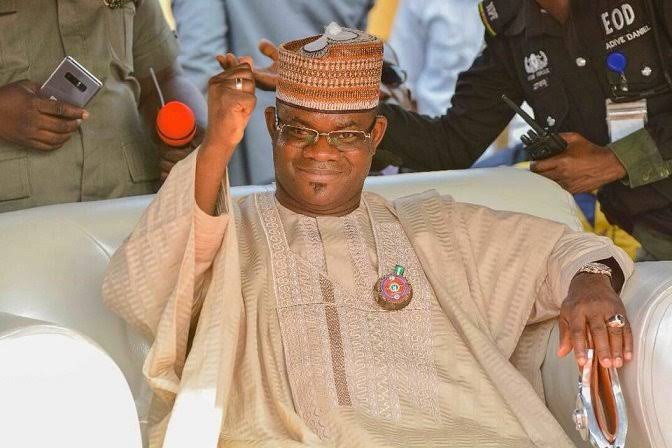 Governor of Kogi State, Yahaya Bello has disclosed that 10 governors elected on the platform of the Peoples Democratic Party (PDP) will be defecting to the All Progressives Congress (APC) soon.

The Governor who appeared as a guest on Channels TV ‘Sunrise Daily’ programme, said this when asked whether the APC will disintegrate when President Muhammadu Buhari leaves office.

According to him, the recent dissolution of the National Working Committee (NWC) and other decisions reached at the National Executive Council (NEC) meeting of the party on Thursday has made the APC stronger.

It would be recalled that President Buhari ordered the dissolution of the committee over crisis resulting from choosing an acting national chairman following the suspension of former chairman, Adams Oshiomole.

He also denied that governors caused the ongoing crisis in the party, noting that Edo State Governor, Godwin Obaseki, who recently decamped from the party to PDP would be made to return to APC.

APC is getting stronger and like I said, it is going to be proved in the next few days or the next few weeks to come in the election of Edo state, Ondo state, Anambra state, Ekiti state, Osun state.

It is unfortunate that our colleague, my brother and my in-law, Obaseki has left us, but as a party and a party-loyal man, we have to reclaim him. I can tell you that there are up to 10 PDP governors ready to join APC and that would happen very soon.

Reacting to question on whether Asiwaju Bola Tinubu is being sidelined from APC’s activities, Bello said;

Senator Bola Ahmed Tinubu is a leader, a father, a founding member of this great party. He contributed immensely to making sure that the party attains the height it has attained today. He has paid his due and continues to pay his due.

Nobody, however highly placed or lowly placed you are in the party, will ever undermine that great leader. Nobody is undermining him. He is still a father; he is one of our national leaders and he continues to contribute.

In the whole of this misunderstanding so far, nobody has heard him making any comments for or against anybody that has different or opposing opinion. Rather, he continues to maintain and play that fatherly role. Both APC and PDP gravitate towards him.

The Governor stated that;

So, nobody is going to say that he’s being undermined or he’s going to be removed. No. We need him; he needs us and he will continue to be a leader of our great party.

Twitter Suspension Has Reduced Spread Of Fake News By PDP…