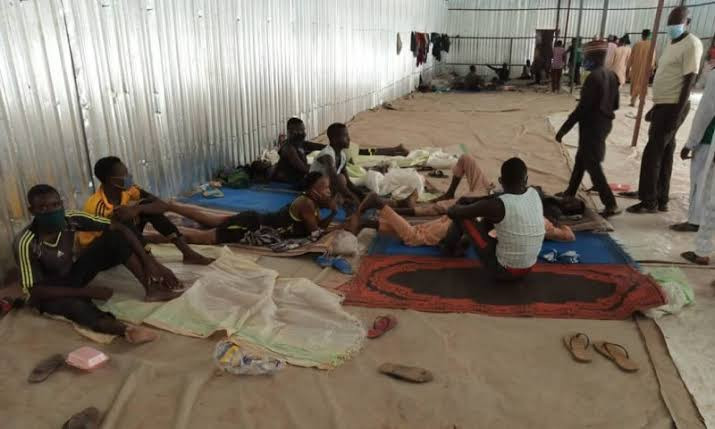 The police command in Kano state have rescued 126 workers allegedly held hostage for three months at ‘Popular Farms and Mills Limited’ located in Challawa Industrial Estate area of the state, over fear of bringing in coronavirus.

Abdullahi Haruna, police public relations officer who confirmed the incident, said on June 21 a complaint was received from Global Community for Human Rights Network, Kano, that some labourers were wrongly confined inside the said mill.

On receiving the information a team of policemen was deployed and when a search was conducted, 126 labourers trapped inside the factory for three months were rescued.

Haruna added that four management staff of the factory have been arrested and investigation is ongoing to verify the allegations against them.

We have found many workers locked and enslaved in the factory. The commissioner of police, Habu A Sani, has directed for thorough investigation. So far, we have arrested four management staff and investigation has commenced.

The workers told the Nations they were denied exit from the mill since the beginning of the nationwide lockdown imposed in March for fear of importing COVID-19 into the factory.

They said they were promised an increase in their monthly salary and those who did not accept were threatened with dismissal.

The workers alleged that they were forced to work in poor condition during their lock up.

One of the freed workers narrated his ordeal, saying;

We were treated like slaves for three months. We were all set free on Monday. It was a nasty experience. I do not know how to describe the food we were fed with. The head of the administration recruited one woman who was cooking the food for us to buy.

My monthly salary was N32,000. We were working day and night. I wanted to leave but there was no way; my wife and children were traumatized.

Another worker, Haruna Salihu, expresses that he had been in the factory since March 28 and was denied time to visit his family and parents.

Our family members are seriously disturbed, as they do not know the condition we are in. My wife and my kids used to come to the factory’s gate and I could not go and meet them.

We were tricked to stay in the factory for five days, it was later extended to seven days, then two weeks and subsequently extended to one month.

We have now been detained for over three months. There are about 600 workers in the factory. We are sleeping in a very poor environment. I am appealing to authorities to allow me to go back to my family.

Karibu Kabara, a member of the human rights network, said his organisation is taking up the case to ensure that the men got justice.

What I saw was heartbreaking. Where the company kept these people to live is not fit for animals. Their meals were not enough and there were no drugs for those that took ill.

According to another employee, though he was not forced to stay, he was threatened with dismissal if he decided to go outside the factory.

However, the manager of the rice mill, who identified himself as Abdulkareem, regretted the incident, saying he was not aware of the workers’ terrible condition.

See some photos from the rice factory below; 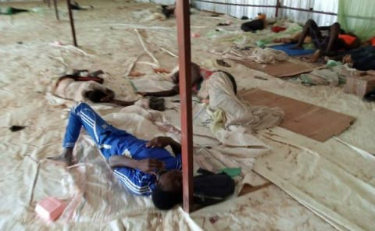 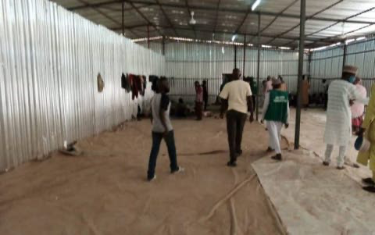 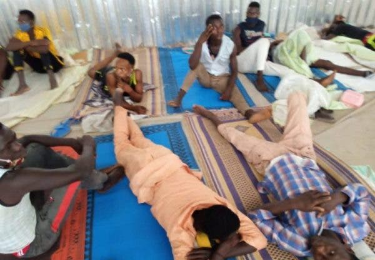