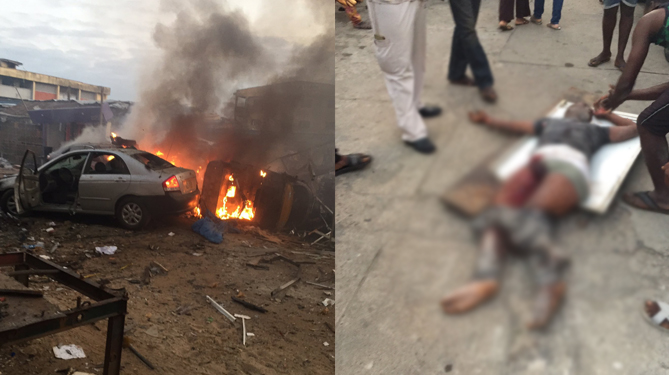 Two yet-to-be-identified persons have been burnt to death on Tuesday in an explosion at a shop on Afariogun Street, adjacent the Faith City Hospital, in the Ajao area of Lagos State.

According to Punch, a yet-to-be-identified victim was said to have been rescued by emergency responders and taken to the hospital for treatment.

An eyewitness at the scene of the incident that the explosion was caused by cooking gas and that dismembered bodies of those that died could be seen in the rubbles left behind by the explosion.

Although, the casualties was yet to be ascertained, as at press time, it was learned that four first responders at the scene sustained injuries. Cars, shops and houses nearby were also affected.

The accident reportedly happened after a 62-year-old woman, who owned a cooking gas shop, and her 32-year-old daughter were called back on their way home to attend to a “regular customer” who came to fill a gas cylinder.

The shop owner was able to fill the gas without an hassle, but trouble began when the customer wanted to load the already filled cylinder into a waiting tricycle.

An eyewitness said the cylinder fell off and exploded. That initial explosion set off a series of others, killing the shop owner, her daughter and other persons yet to be identified.

Confirming the incident, the Director General, Lagos State Emergency Management Agency, Olufemi Oke-Osanyintolu, said the fire had been extinguished, adding that two bodies were recovered from the scene of the incident.

The agency received distress calls and upon arrival at the incident scene, it was discovered that there was an explosion at Afariogun Street, Ajao Estate. Investigations revealed that the explosion originated from a shop occupied by a gas refilling business. A total of nine shops were affected by the inferno.

The fire has been extinguished by the combined efforts of LRU fire and Lagos State Fire Service. Two bodies were retrieved within the debris, recovery and retrieval ongoing. 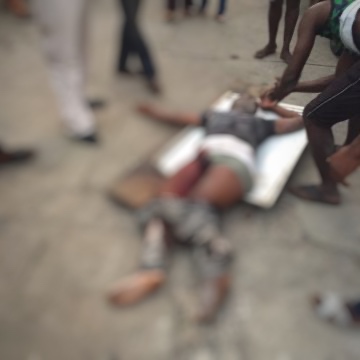 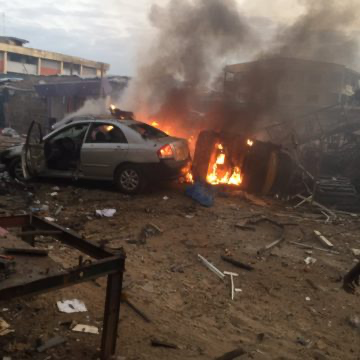 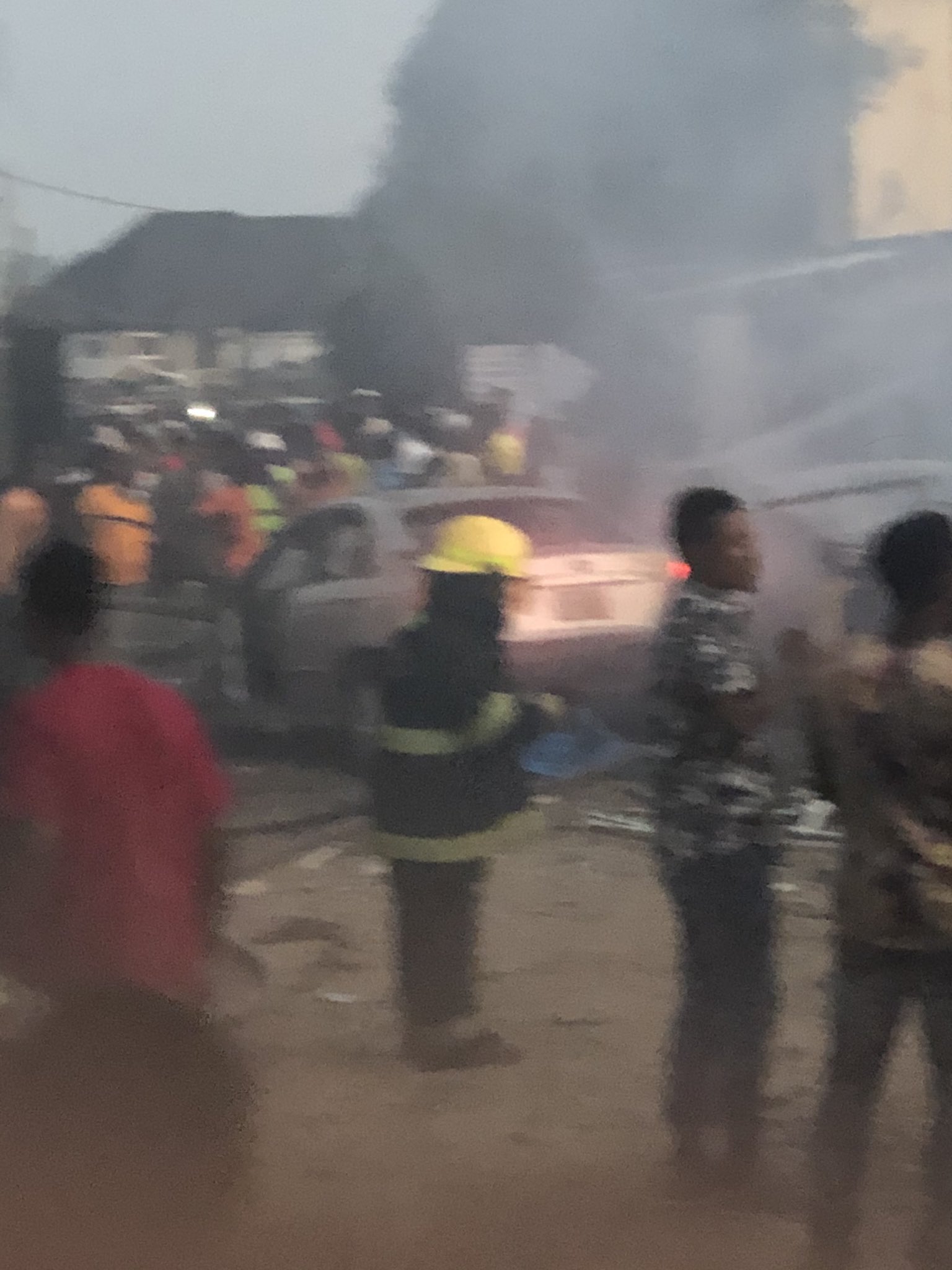 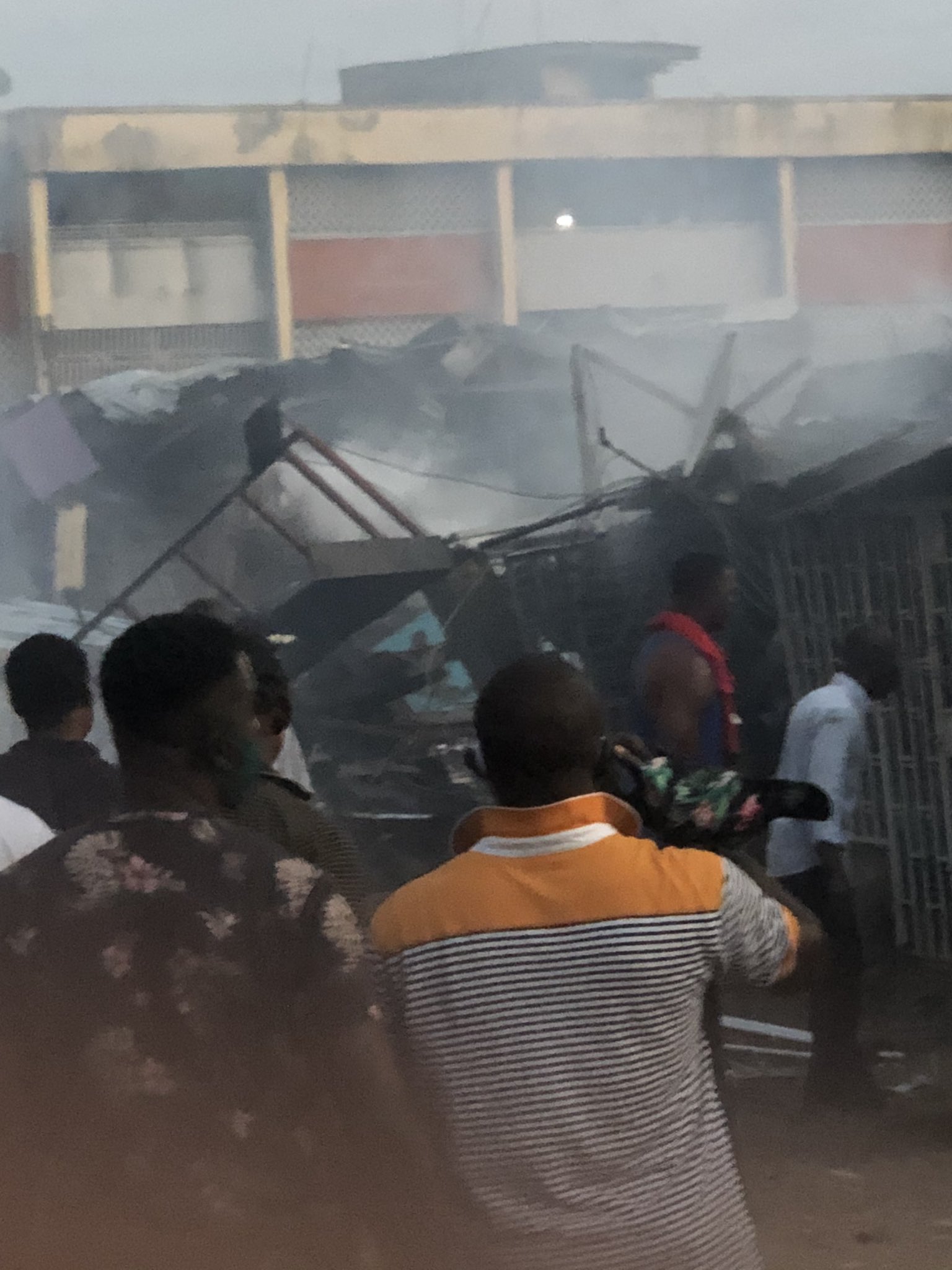 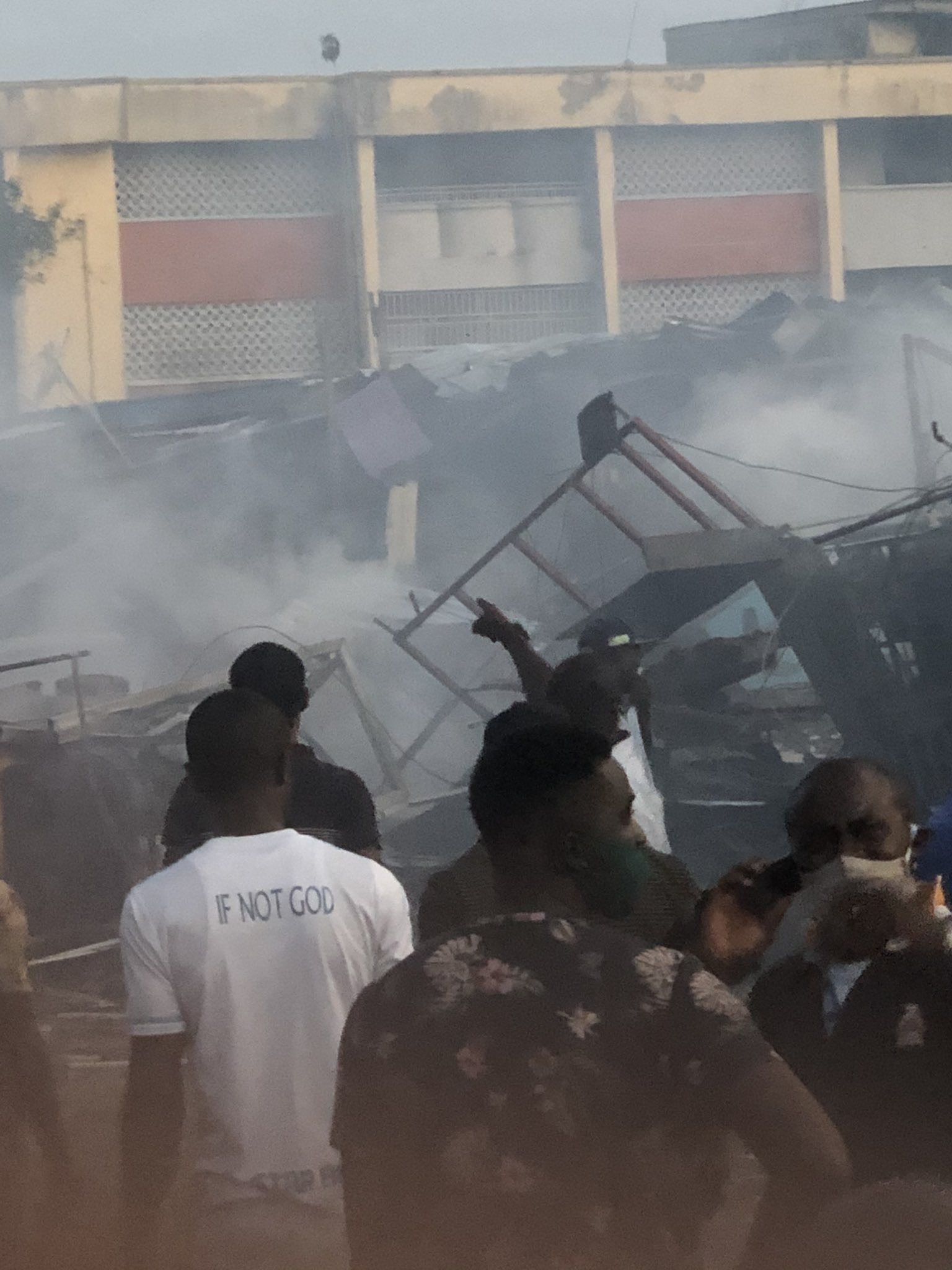 An explosion happened couple of minutes ago around ajao estate,isolo