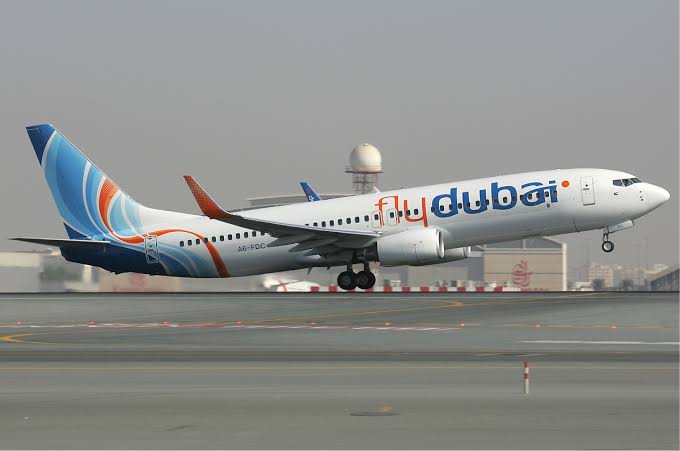 170 Nigerians have been evacuated from Dubai, the United Arab Emirates, taking the total toll of evacuees from the Arab nation to over 3,000.

The Nigerians in Diaspora Commission (NIDCOM) disclosed this in a tweet via its official handle on Friday.

It explained that the evacuees arrived at the Murtala Mohammed International Airport, Lagos on board the Fly Dubai airlines.

According to the agency, the returnees who arrived on Friday night came on board one of three free flights offered by the UAE government.

170 stranded Nigerians on Fly Dubai paid for by the UAE govt this evening arrived the MMIA Lagos from the United Arab Emirates, today Friday, 14th of August, 2020.
The UAE Government offered three free flights to Nigerians in Dubai…
1/2 pic.twitter.com/CInZUxhhX6

The UAE government offered the gesture to Nigerians whose documentation expired since March 1 and were given till August 17 to leave the country.

All evacuees tested negative to the coronavirus disease and are now on a mandatory 14-day self-isolation as part of the guidelines stipulated by the Presidential Task Force.

Whose documentation expired since March 1st and have been given till August 17 to leave the country.

All evacuees tested Negative to #COVID__19 and are now on a 14-day SELF-ISOLATION as mandated by @NCDCgov, @Fmohnigeria, & Presidential Task Force on #COVID-19.@NigeriaGov.
2/2. pic.twitter.com/thHfHehGyv

As at June 2020, the Federal Government said it had spent N169 million on the evacuation of Nigerians from overseas.

During a briefing of the Presidential Task Force (PTF) on COVID-19 on April, the Minister of Foreign Affairs, Geoffrey Onyeama, directed all Nigerians interested in returning to the country to work with Nigeria’s embassies and high commissions where they are.
Among the nations where Nigerians have been brought back home include the United States, Dubai, Lebanon, the United Kingdom, Egypt, Sudan, France, Ethiopia, and several others.

It’s An Islamic Affair, We Don’t Object – CAN Reacts To Death Sentence On Singer For Blasphemy In Kano