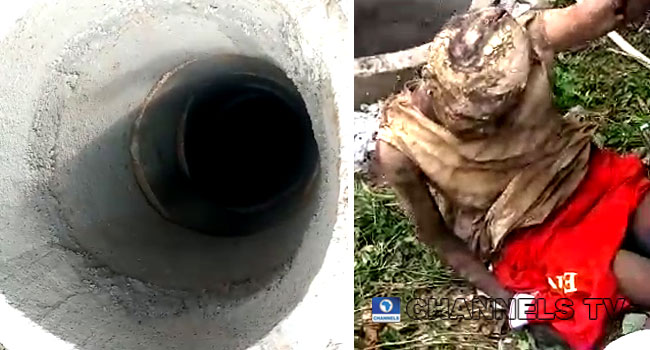 A woman identified as Mrs Chizoba Eke, who was declared missing in Rivers State, has been found, days after she was abducted.

According to Channels TV, Chizoba was found in a well on Thursday, August 19 in an uncompleted building at Igwuruta community in Ikwerre Local Government Area of the state.

The mother of two, who was kidnapped from her home along with her six-month-old baby on Monday, was thrown into the well after severe beatings by her abductor.

However, luck ran out on the suspect when he was intercepted with his victim’s baby by a team of policemen on a ‘stop and search’ operation at Omerelu, a boundary community between Rivers and Imo States.

Chizoba’s husband, Eke Eke, who confirmed his wife’s abduction and rescue on Friday, August 21, disclosed that he was invited by the police to come to identify the baby, having lodged a complaint about his missing wife and baby.

According to Eke who hails from Imo State, the suspect is known to him in the area as Mr Chinedu and had attempted to rape his wife when she was pregnant.

The victim, Chizoba, who was in pain due to the head injuries she sustained, narrating her ordeal explained that the suspect came to her house, claiming that her husband wanted her to come to Chinedu’s house to collect some money.

On his part, the Pastor of the Assemblies of God Church in Omoduku, where the victim’s family worships, Reverend Clinton Orie, believes it is the grace of God that kept the woman alive for three days inside the well.

The Police Public Relations Officer in Rivers, Nnamdi Omoni, stated that the Divisional Police Officer at the police station in Igwuruta informed him that the woman was immediately taken to the hospital after she was rescued from the well.

Watch video of the rescue mission below;