Burna Boy released the album on Friday, August 14 and it has since received a lot of positive reviews across the social media platforms and music charts.

The US-based media company, which ranks songs and albums in different genres across the globe, broke the news in a post via its Twitter page on Monday.

Burna’s ‘Twice As Tall’ debuts at No. 1 on this week’s #WorldAlbums chart.

.@burnaboy‘s ‘Twice As Tall’ debuts at No. 1 on this week’s #WorldAlbums chart.

The feat came just few hours after the album debuted at number 54 on the Billboard 200 music chart for the week.

The album which has been widely lauded as an amazing body of work was executive-produced by Sean ‘Diddy’ Combs, a US media mogul and rapper, and Bosede Ogulu, Burna Boy’s mother.

The 15-track project, which is the singer’s fifth album, was released on August, after failing to meet its July release date. 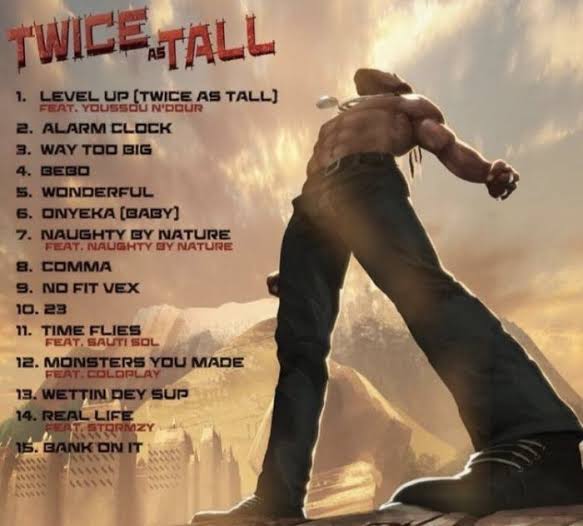 Burna Boy, whose real name is Damini Ogulu, first rose to prominence in 2012 after releasing ‘Like to Party’, the lead single from his debut album.

He became a sensation across the global music landscape after releasing ‘African Giant’, his hit album, in 2019.

‘African Giant’ amassed positive review globally and snagged several awards including ‘Album the Year’ at the 2019 AFRIMA, as well as a nomination for ‘Best World Music Album’ at the 62nd Annual Grammy Awards.