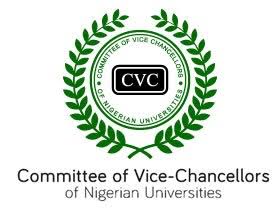 Committee of Vice Chancellors of Universities in Nigeria (CVCUN) has faulted the University of Lagos Governing Council’s process of sacking the Vice Chancellor of the institution, Prof. Olawatoyin Ogundipe.

It would be recalled that Governing Council of the institution led by Wale Babalakin, Pro-Chancellor and Chairman removed Ogundipe as VC of UNILAG on August 12.

Shortly after his removal was announced,  Ogundipe released a letter insisting that he remains the Vice-Chancellor of the institution.

While calling on the Governing Council of UNILAG to follow due process in the removal, the organisation said Ogundipe should be given the opportunity to defend himself.

The committee said the law establishing universities gives the Governing Council the power to hire and fire a Vice Chancellor but not in an arbitrary process.

The UNILAG GC had in a statement by its Registrar and Secretary, Oladejo Azeez entitled: “Notice to the general public on the removal of the Vice Chancellor of UNILAG”, said he was sacked “based on the investigation of serious acts of wrongdoing, gross misconduct, financial recklessness and abuse of office.”

However, the Secretary-General of CVCUN, Prof. Yakubu Aboki Ochefu, on Friday said the abrupt sacking of Ogundipe did not follow due process.

He explained that the extant laws of the University states that if a Vice Chancellor is removed, one of the deputies should be appointed to act.

The council has gone ahead to announce a new VC; the extant laws state that one of his Deputies should be appointed to act, UNILAG has three Deputy Vice Chancellors, none of them was appointed as the acting VC and somebody else entirely was appointed.

This is going to pose another problem because the Senate will not allow such a person to chair their meeting because they don’t know him within the context of laws establishing Universities.

On the GC’s position and the Vice Chancellor’s claims, Ocheku said the situation presently favoured the University’s Senate which is seeking procedural process.

It is a funny situation, the VC is saying, “yes you have the power to remove me, but you have to do it properly; as far as I am concern as you have not remove me”, the GC is saying, “we have removed you.”

He decried the situation describing it as unhealthy for a University of such calibre or any other University in Nigeria.