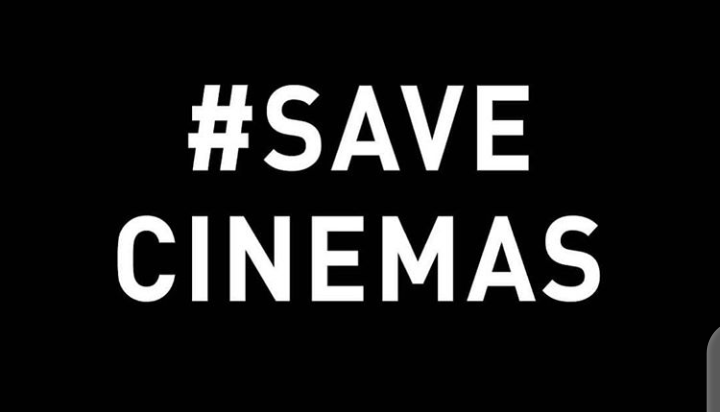 Nollywood actors and film makers have protested the continued closure of cinemas across the country over coronavirus pandemic fears.

Activities in the film industry in the country has been hold since President Muhammadu Buhari’s first announced a 14-day national lockdown on March 31 to combat COVID-19.

As the lockdown persisted, filmmakers resorted to screening their movies for free on online platforms like YouTube, while some managed to monetize it.

However, many entertainment industry players have now called for the reopening of cinemas across the country, just like worship centres, markets, restaurants, airports and other public places have given permission to start operations.

Film industry celebrities expressing their grievances started an online protest with the hashtag #SaveCinemas, calling on the Federal Government to lift the ban on the closure of cinemas nationwide.

The virtual protest flooded social media timelines on Monday, August 17 with many actors and filmmakers expressing that the continued closure will stifle the growth of the entertainment industry.

One of the entertainment industry influencers was singer and actor popularly known as Falz, who said;

Restaurants have reopened, airlines have been operating, places of worship have also been permitted to reopen. Let’s not even start to talk about all the videos that have surfaced of political rallies happening, clearly neglecting all safety precautions.

Right now, we don’t see anything but a government that contributes little or nothing to its creative sector and continues to attempt to stifle the sector in every way.

Thousands of people have been left without any way to earn for several months. The entertainment industry must be allowed to gradually get back in business!! Let’s start with cinemas reopening.

I believe cinemas are easier to monitor and regulate. If other indoor places are open, why not the Cinemas? Temp checks, masks, distancing etc. We need to work together to ensure safer ways to keep the Arts going. Many livelihoods depend on this. It can and MUST be done as safely as possible.

The ability of the film industry to grow and sustain itself is directly linked to how much money films earn in various windows. The cinema is a very important revenue source. Keeping them shut has dire consequence for the industry. Given how many of our youth make a living from this industry, it is time to give this a second look.

Get Approval Before Using Corps Members’ Uniform In…