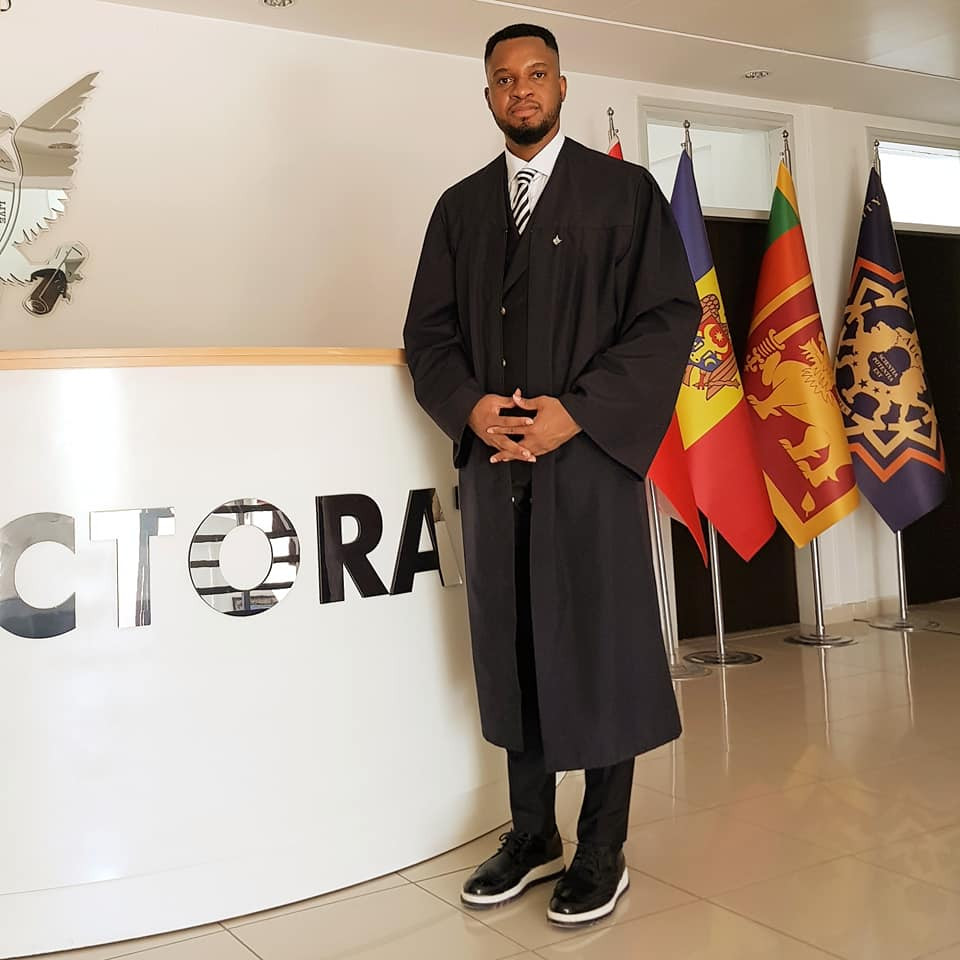 A Nigerian man identified as Anyi Obi who is an Associate Professor in a Cyprus University, has taken to social media to reveal how he attained the height in a foreign institution despite a negative prophecy spoken over his life.

Anya Obi in a Facebook post recalled how a prophet boldly told him when he was 8-year-old that he will never achieve anything academically but advised him to venture into business.

The young professor stated that he made a promise to himself to upturn the negative prophecy spoken over him when he was just a child. 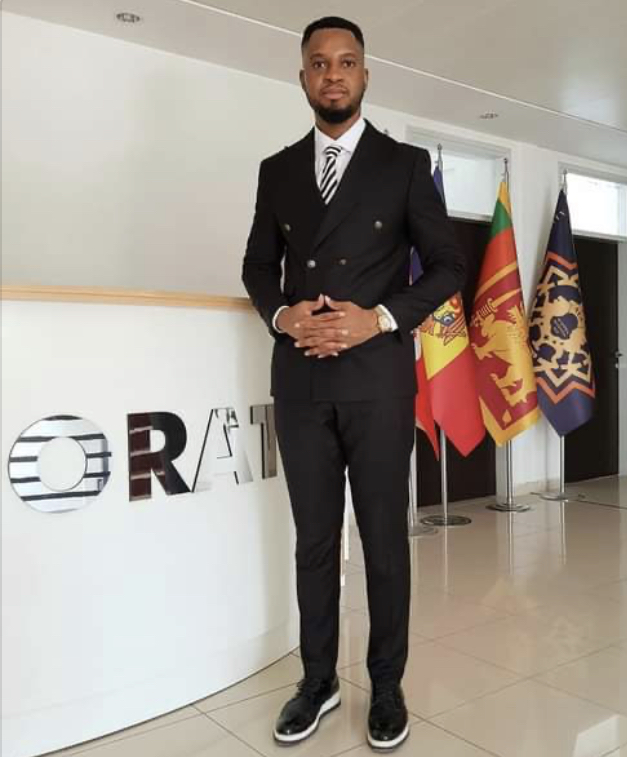 He spoke about how he sat before a Jury of five full Professors to prove his worth and also added that he is the first Nigerian Associate Professor of Construction Technology and the youngest in Africa.

The associate professor also disclosed that he pioneered a software that is endorsed in the UK and Europe in general.

Today I gained my academic Promotion as an Associate Professor of Construction Technology from The American University Cyprus. I sat before a Jury of five(5) full Professors and proved my worth. It has been a very short Journey academically yet very promising with great achievements.

Knowing that I received my Doctorate just under 4 years ago makes this special. I made a promise to myself to upturn a negative prophecy spoken over me when I was eight(8)years.

A prophet boldly declared that I will never achieve anything academically rather I should look into doing business. I did look into business but I also choose to pursue one thing I always loved- Teaching and Learning irrespective of what a prophet said. I did not allow a prophecy take my dreams and aspirations away. I have gone ahead to pioneer a software that is endorsed in the UK and Europe.

Yes, you have the power to alter any prophecy on your life. Let me not forget to tell you that I am the first Associate Professor in this field of a Nigerian decent and the youngest in Africa. I chose to become what I saw and not what anyone saw, in a nutshell – It is your Life.

Many of you reading this, I implore you never to succumb to negative words no matter from whose mouth it is coming from, stop being victims of strange and negative utterances. It takes determination, zeal and the Grace of God. I am doing it and Yes, you can. God made us with unrestrained possibilities, don’t let whatever anyone saw stop you. 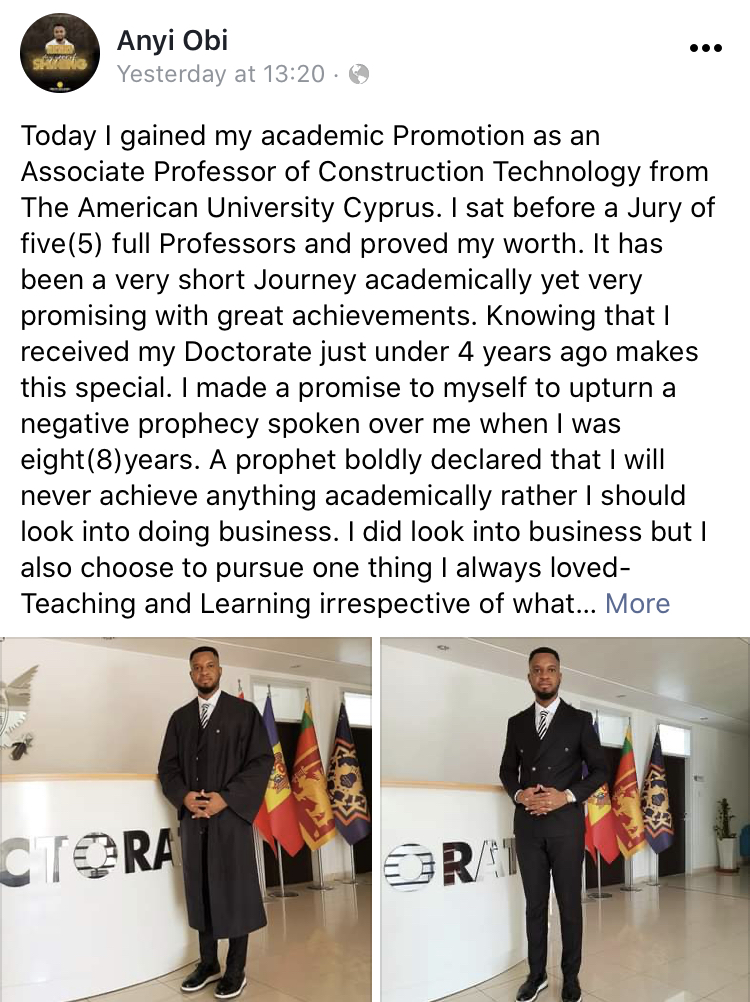 Many of his followers on Facebook have congratulated him on his achievement, adding that his story has served as a source of motivation.