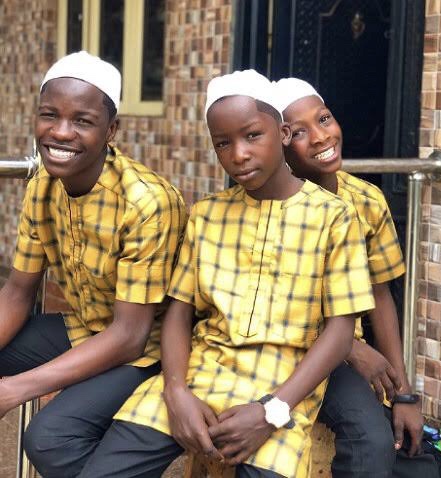 Ikorodu Bois are a group of teenage boys who have risen to fame both in Nigeria and abroad with their unique and hilarious remakes of high-budget blockbuster movie trailers and music videos with only household items craftily remodeled.

Announcing the news on Wednesday, August 12, the group posted a video of themselves receiving the equipments which was presented to them by filmmaker, Kunle Afolayan on behalf of the company.

Netflix!!!! Thank youuuu!! @netflixfilm you guys are amazing, we’ve received the gift, we love it!… Sir @kunleafo we would love to say a very big thank you as you received us with open arms and for also giving us the opportunity to better our crafts and for also deciding to be a Mentor to us, and for the scholarship program as well, we want you to know how much we appreciate this sir, you are a father and we your kids and we are ready for the father-children tutelage from you sir. We look forward to having you as a source of pillar and uplifting hand in our endeavor and growth. We also want to say thank you to the entire staff of @kapfilmandtelevisionacademy for also their kind hearted gesture in welcoming us… Clothes by @shaviyclothing 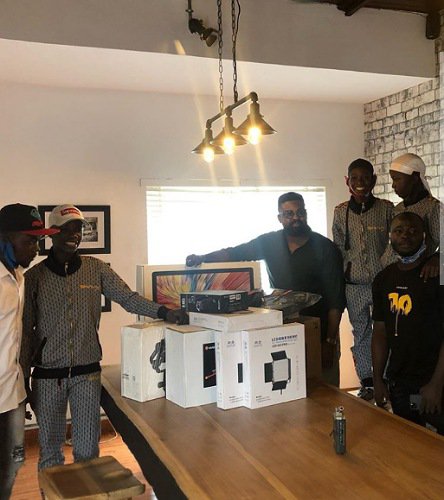 The gifts include a voice recorder, camera, boom microphone, tripods, iMac computer, and other tech accessories which will improve their future productions.

Ikorodu Bois have taken on projects like remake of Michael Jackson’s ‘Don’t Care About Us’, Burna Boy’s ‘pull up’, even movie trailers of ‘Bad Boys For Life’, ‘Money Heist’ and ‘Jumanji: Welcome to the Jungle.’

They most recently recreated Extraction sequel which went viral and got them recognition both home and aboard. 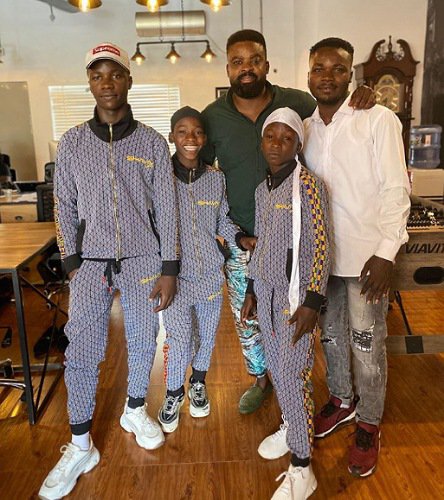 The group produced the recreation of the action film that stars Chris Hemsworth and was directed by Russo Brothers – Anthony and Joe using creatively made props and sets.

Their remake not caught the attention of many social media users but also that of Hemsworth and even the Russo Brothers, who then offered them an invite to the official premiere of the movie in Hollywood, US.

In an interview with Hollywood Insider, the Russo Brothers spoke about what they loved about the recreation of the Extraction trailer by the young boys.

These are the future storytellers. They are us when we were kids, with dreams of making movies and telling stories to the world. They are so talented, clever, and driven. They have all the key elements to live out their dreams one day.

The Ikorodu Bois consists of brothers Muiz Sanni, 15, Malik Sanni, 10, and their cousin, 13-year-old Fawas Aina acting out the movies and music videos while the Sanni’s older brother, 23-year-old Babatunde Sanni, works as editor and manager.

Just In: Former US Ambassador To Nigeria, Walter Carrington Dies At 90

Man Becomes Father Of 13 Children After Four Wives Give…

Netflix’s ‘Bridgerton’ Renewed For Its…