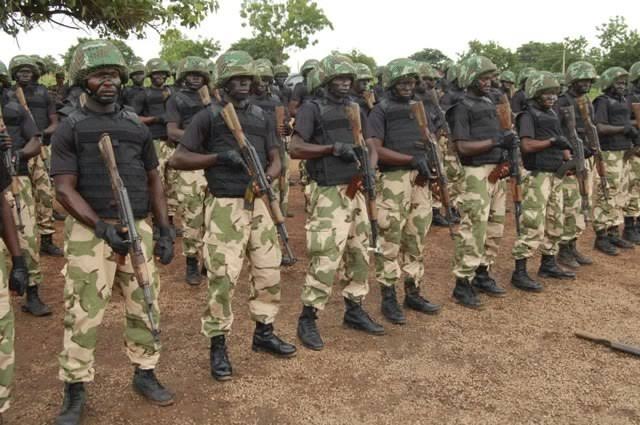 Military has deployed special forces and additional troops to reinforce the existing operations to curb violence in Southern Kaduna area of Kaduna State.

The Coordinator, Defence Media Operations, Major General John Enenche, made this known during a press briefing on military operations across the country on Thursday, August 13.

He said, in a bid to curb the recent attacks and isolated killings in Southern Kaduna, troops of Operation Safe Haven have intensified efforts aimed at securing the lives and property in the general area.

Particularly, Special Operations Forces have been deployed to the Joint Operations Area covering the various flash points. This move is expected to achieve the desired result with the provision of credible and actionable intelligence specifically from primary sources.

In this regard, the locals are requested to cooperate with the security agencies by availing them with the required information that will be useful to our collective objective of taking out the criminals from the area.

The Coordinator also said troops of Operation Hadarin Daji have continued aggressive clearance operations in the entire North-West zone of the country.

He said, for the past one month, there have been a downward trend in the activities of armed bandits and cattle rustlers in the general areas of Katsina, Kebbi, Zamfara, Sokoto and neighboring states.

Enenche expressed that most of the criminal elements have been decimated and gradually, there has been restoration of human activities in the zone.

He said farmers have returned to their farms while other economic activities have picked up across the zone.

The military spokesman said, in the North East zone, the Armed Forces of Nigeria have continued to sustain the tempo in the fight against terrorism in the zone.

He noted that within the period under review, there has been reduction in the number of incidences recorded from the zone.

Enenche stressed the troops have shown overwhelming superiority over the criminal elements which has degraded the operational capabilities of the BHT/ISWAP sect.

According to him, troops have also sustained the clearance operations, aggressive patrols and intelligence surveillance reconnaissance missions, sustained air offensive operations as well as artillery and aerial bombardments in their operations.

Looting: Buratai Orders Military Commanders To Clamp Down On…