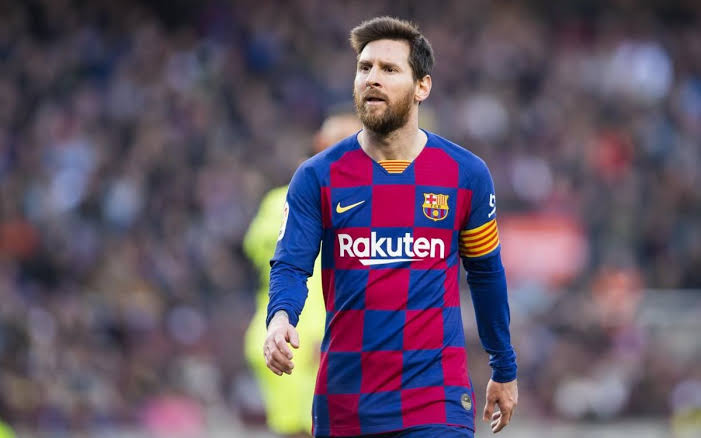 Lionel Messi has reportedly missed a coronavirus test at Barcelona’s training ground on Sunday morning, raising speculations that he will now boycott pre-season to force a transfer.

Messi has consistently aired his dissatisfaction this season with the club’s performance, both on and off the pitch.

In what appears to be a boycott, Messi without passing a coronavirus test will be unable to join team-mates for new coach Ronald Koeman’s first training session on Monday, with the start of the La Liga season less than two weeks away.

Messi was due to report for testing at 10:15am on Sunday but according to sources at Barca who spoke to AFP, he failed to show up at the Ciutat Esportiva.

The club’s captain and greatest ever player could now be punished with a fine and even a reduction in salary if the boycott continues.

Luis Suarez — his best friend and strike partner — and Arturo Vidal were among players seen arriving for tests, despite both being told they should find new teams as part of a planned clear-out this summer.

The meet-up was a chance for Messi to make his first public appearance after a fax he sent stating his intention to leave arrived in the offices of Camp Nou on Tuesday.

Instead, his absence serves as a clear indication of his determination to secure a move and how ugly this dispute could now become.

Taking part in the team’s pre-season programme could damage his legal case if his departure ends up being settled in court.

Barcelona insist a clause included in Messi’s contract that allowed him to go for free this summer had to have been activated by June 10, which makes it no longer valid as the due time is passed.

The only way the 33-year-old will be allowed to depart, according to the club, is through his release clause, set at 700 million euros ($833 million) until his contract expires on June 30, 2021.

However Messi’s side believe the clause refers not to a specific date but to 10 days after the end of the season, which this year was extended into August due to the pandemic, with the Champions League final only played last weekend.

Beirut Blast: Half Of Lebanese Could Face Food Shortages – UN