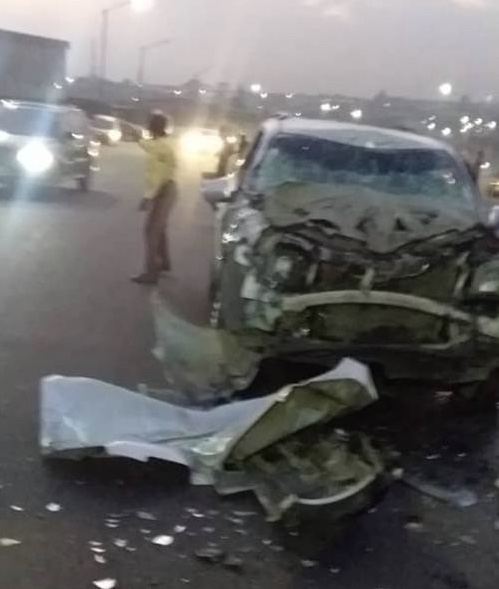 Three persons have been confirmed dead while others sustained injuries in an accident on Tuesday in Lagos state.

The accident, which involved a Sports Utility Vehicle (SUV) and a trailer, occurred before Cement bus stop along Iyana Dopemu Road in the state.

An accident has just been reported involving an SUV that rammed into a moving trailer on the fast lane shortly before Cement bus stop inward Iyana Dopemu with three casualties. LASAMBUS has been contacted as well as a tow truck for evacuation. Officers are on the ground controlling traffic.

In an update, LASTMA announced that all vehicles involved as well as the casualties have been evacuated.

All vehicles involved as well as the casualties have been evacuated. https://t.co/aaFJXgVinA