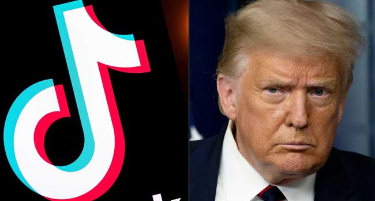 TikTok has filed a lawsuit against the U.S. government challenging the Trump administration’s plan to ban the company’s operations in America.

The suit was filed in the Federal District Court for the Central District of California on Monday, August 24.

It alleges that Trump’s order violates due process protections and offers no evidence to back up its claims that TikTok presents a national security threat as claimed.

Read Also: US Is ‘Looking At’ Banning TikTok, Other Chinese Apps Over Security Concerns

TikTok in a press release said;

The [Trump] administration ignored our extensive efforts to address its concerns, which we conducted fully and in good faith.

We do not take suing the government lightly, however we feel we have no choice but to take action to protect our rights, and the rights of our community and employees.

It also argues that Trump ignored TikTok’s cooperation with the Committee on Foreign Investment in the United States (CFIUS), which reviews mergers like the app’s parent company, ByteDance’s acquisition of the app Musical.ly, later rebranded as TikTok in the US.

The complaint stated that executive order is not rooted in bona fide national security concerns, noting that;

Microsoft had already expressed interest in buying TikTok and committed to discussions with ByteDance before the order, but Trump’s sanctions increased pressure to sell.

He suggested that any deal would have to make the Treasury Department “a lot of money”.

Trump sanctioned ByteDance on August 6 under national security emergency powers, escalating a conflict that had been brewing for months.

The White House has not fully detailed what its ban would entail. It currently bans all transactions with ByteDance, but it doesn’t specify what a “transaction” entails.

The rule was initially supposed to take effect in mid-September, but Trump later extended it, giving ByteDance until November 12 to sell TikTok.