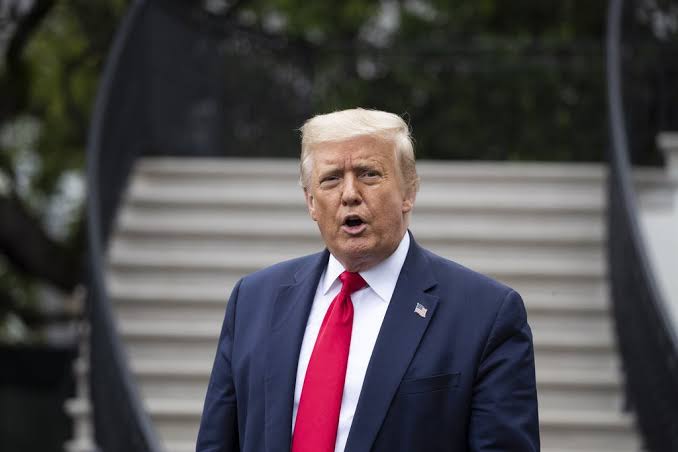 The deep state, or whoever, over at the FDA is making it very difficult for drug companies to get people in order to test the vaccines and therapeutics.

He accused the agency of delaying a vaccine for the virus until after the 2020 election, tweeting;

Obviously, they are hoping to delay the answer until after November 3rd. Must focus on speed, and saving lives!

The deep state, or whoever, over at the FDA is making it very difficult for drug companies to get people in order to test the vaccines and therapeutics. Obviously, they are hoping to delay the answer until after November 3rd. Must focus on speed, and saving lives! @SteveFDA

This comes weeks after Hahn assured Americans that the agency “will not cut corners” to approve a vaccine.

It would be recalled that Trump has promised that a vaccine would be available by the end of the year, though vaccinologists have said the timeline is unrealistic.

Read Also: “US Will Have Coronavirus Vaccine By End Of Year” – Donald Trump Assures

Reacting to Trump’s tweet, House Speaker Nancy Pelosi said his accusation is “very scary” and “a very dangerous statement,” saying that “even for him, it went beyond the pale.”

The FDA has a responsibility to approve drugs, judging on their safety and their efficacy, not by a declaration from the White House about speed and politicizing the FDA.

The Biotechnology Innovation Organization said that the industry is “eager” to deliver a vaccine as quickly as possible, but can “only move as fast as the science allows us.”

Rich Masters, a spokesperson for the biotech lobbying group expressed;

We are confident everyone is moving as fast as possible to ensure any vaccine or new therapy is both safe and effective for patients to use.

It would be recalled that he had promoted the antimalarial drugs hydroxychloroquine and chloroquine as a Covid-19 treatment, even as the FDA warned the public that the drugs should only be used in hospitals or clinical trials because they can kill or cause serious side effects.

Read Also: Trump Reveals He’s Taking Hydroxychloroquine To Protect Himself Against COVID-19 Despite Warnings Of Fatal Side Effects

In June, the agency revoked its emergency use authorization for hydroxychloroquine and chloroquine for coronavirus treatment, saying the drugs are unlikely to be effective in treating the virus based on the latest scientific evidence.

Experts, however, have warned that any political interference in the vaccine testing and approval process could cast doubt and undermine its safety and legitimacy.