UK Enters Into Recession For The First Time In 11 Years 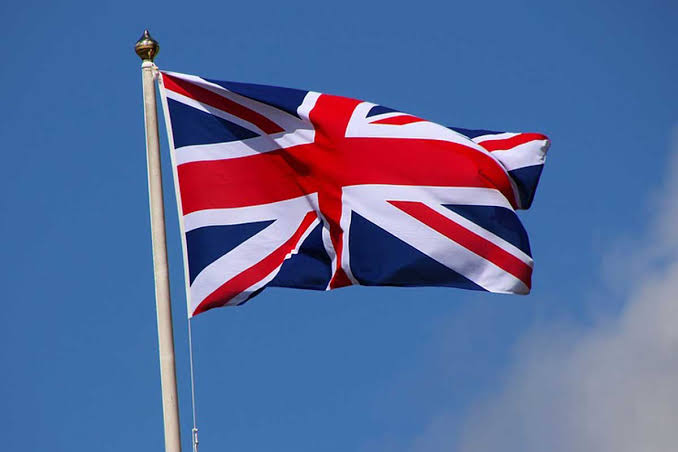 United Kingdom has plunged into its deepest recession on record in the first half of the year as the coronavirus lockdown saw the economy contract by more than a fifth between April and June.

A recession is defined as two successive quarters of decline in Gross Domestic Product (GDP). The US and eurozone have both already been confirmed as being in recession.

The economy shrank by 20.4 per cent between the first and second quarter, worse than any other G7 nations – Canada, France, Germany, Italy, Japan – taking the UK into its first recession since the 2008-2009 financial crisis. 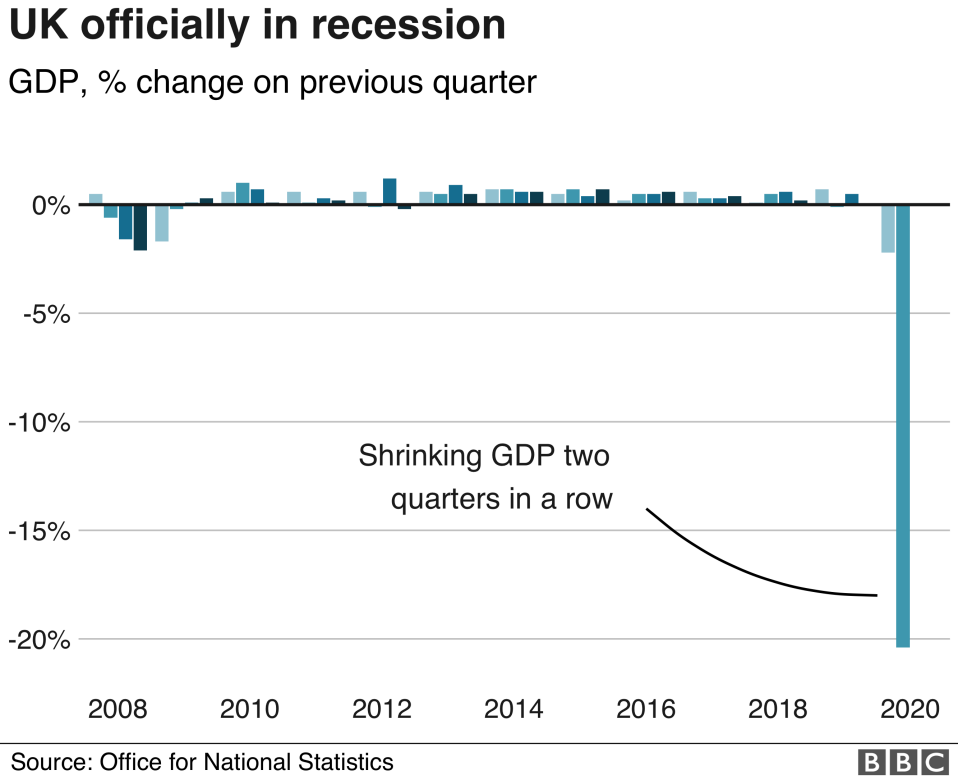 The dramatic fall in output came after a 2.2 per cent drop in the first three months of the year.

Household spending tumbled as shops were ordered to close, while factory and construction output also fell.

This pushed the UK into its first technical recession, which is defined as two straight quarters of economic decline, since 2009, BBC reports.

The Office for National Statistics (ONS) said the economy bounced back in June as government’s restrictions on movement started to ease.

Despite this, gross domestic product (GDP) in June still remains a sixth below its level in February, before the virus struck.

The ONS disclosed that the collapse in output was due to the closure of shops, hotels, restaurants, schools and car repair shops.

According to BBC, the services sector, which powers four-fifths of the economy, suffered the biggest quarterly decline on record and factory shutdowns resulted in the slowest car production since 1954.

On a month-on-month (MoM) basis, the UK economy grew by 8.7 percent in June, building on growth in May.

Despite this, Rishi Sunak, chancellor of the Exchequer, disclosed that the economic slump would lead to more job losses in the coming months.

I have said before that hard times were ahead, and today’s figures confirm that hard times are here. Hundreds of thousands of people have already lost their jobs, and sadly in the coming months, many more will. But while there are difficult choices to be made ahead, we will get through this, and I can assure people that nobody will be left without hope or opportunity.

The UK has reportedly suffered more than any major European economy during the COVID-19 lockdown.

The long duration of the lockdown in the second quarter, due to the government’s slow response to COVID-19 in March, followed by its failure to prevent the virus from spreading from hospitals, was at the root of the economy’s underperformance.

Also, in the country’s economy, wages and salaries have fallen to 1.6 percent, which is the first decline since 2015 and the largest since 2008.

Economists forecast that, although the coronavirus recession is unprecedentedly deep, it should be of short duration.

Brace Up For Another Recession, President Buhari Warns…

Visa Ban: ‘We Determine Those Who Visit Our Country‘ –…