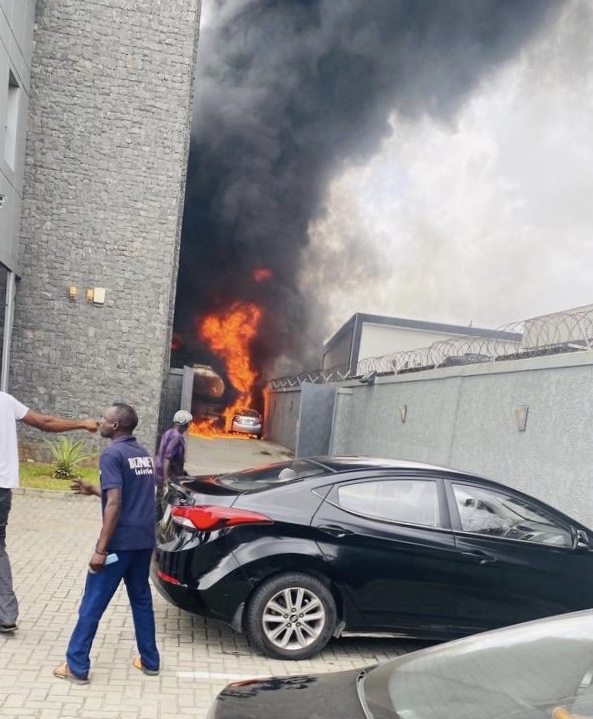 Lagos State Emergency Management Agency (LASEMA) has said that a fire incident that occurred at the Access Bank branch on Ademola Adetokunbo in Victoria Island on Wednesday morning has been put out.

Nosa Okunbor, the spokesperson of the agency made this known in a statement saying
LASEMA with the collaboration of other responders, curtailed the ravaging fire that occurred from a 33,000 litre diesel tanker.

The diesel oil tanker was reported to have been dispensing fuel for the use of generators in the bank premises and as a result caught fire in the process.

The intervention of the emergency responders; LASEMA Response Team, Eko Hotel, LASG fire, UBA fire and Federal fire was able to arrest the fire and stop it from escalating further the building in the premises.

No loss of life was recorded in the incident, while recovery operations at the main building are ongoing.

See some photos from the fire incident below; 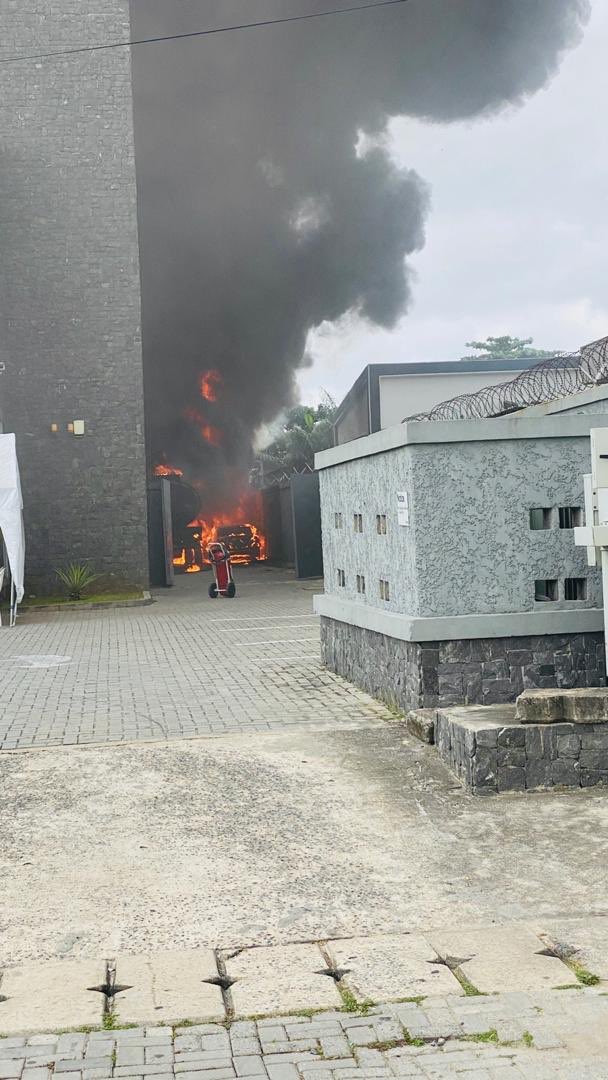 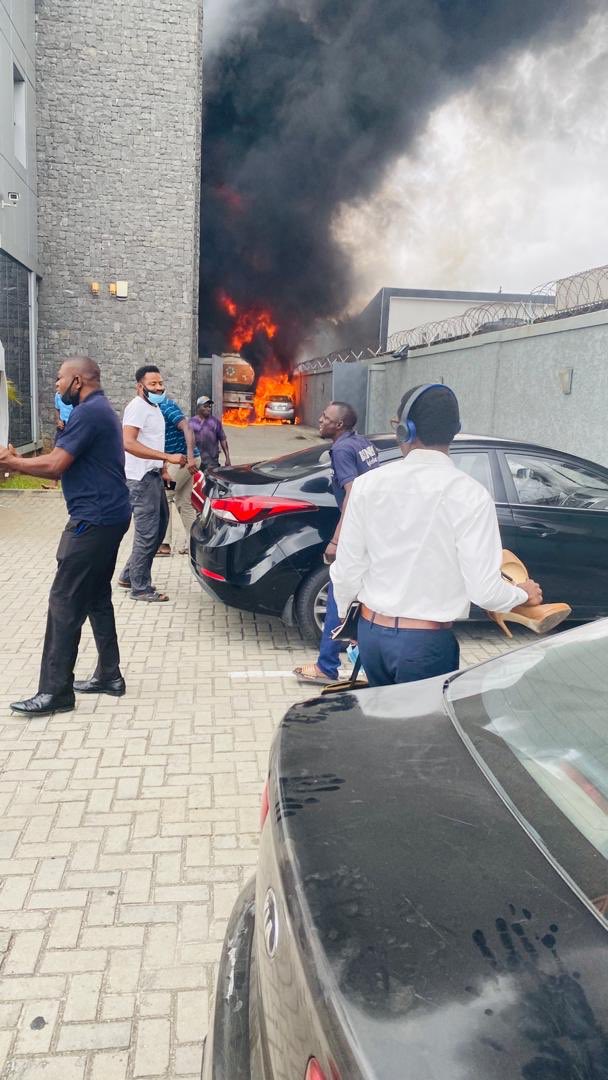 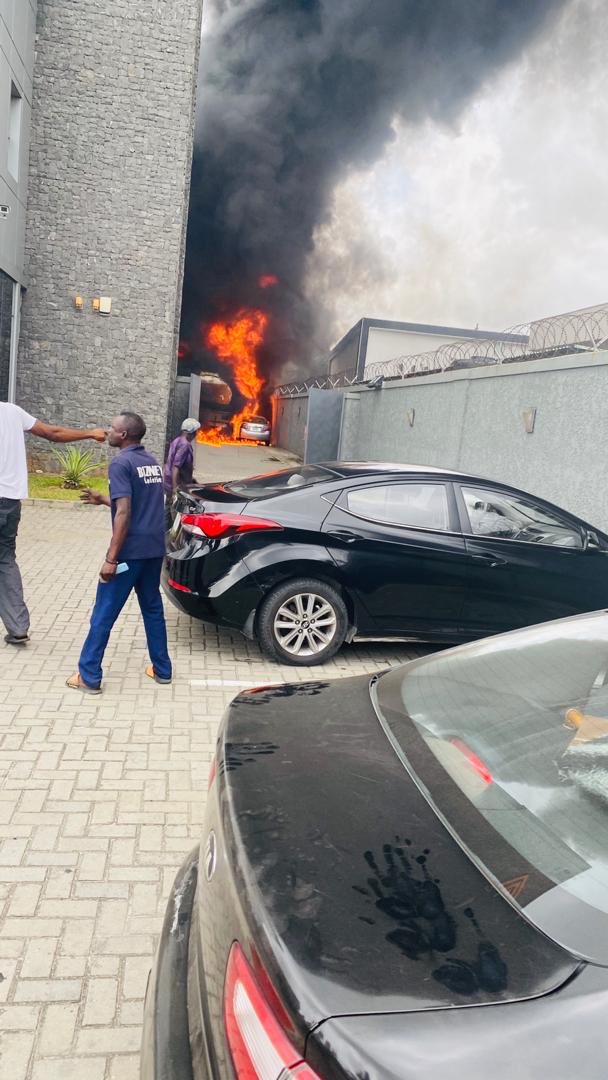 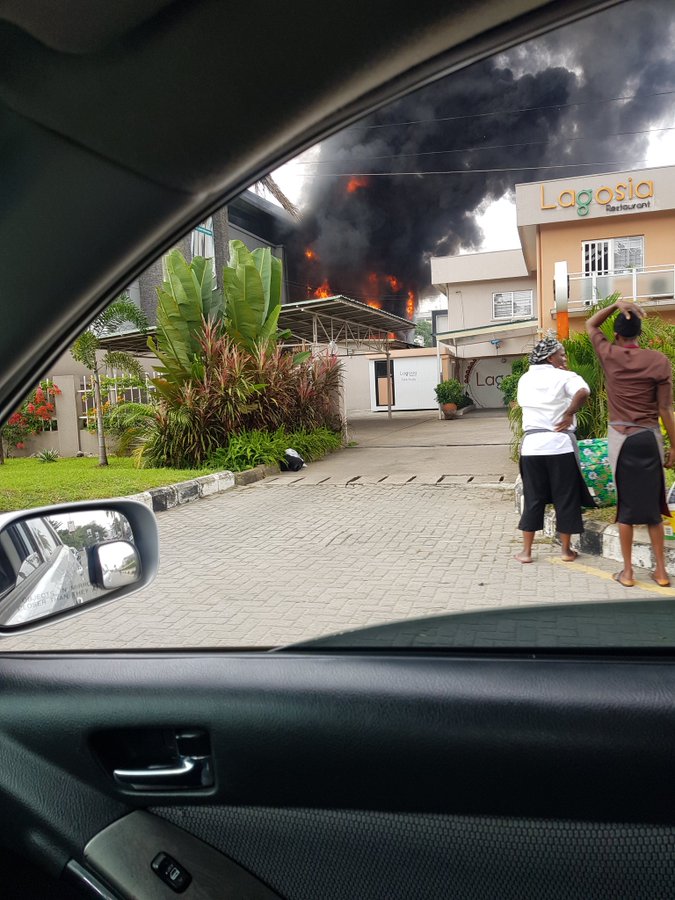