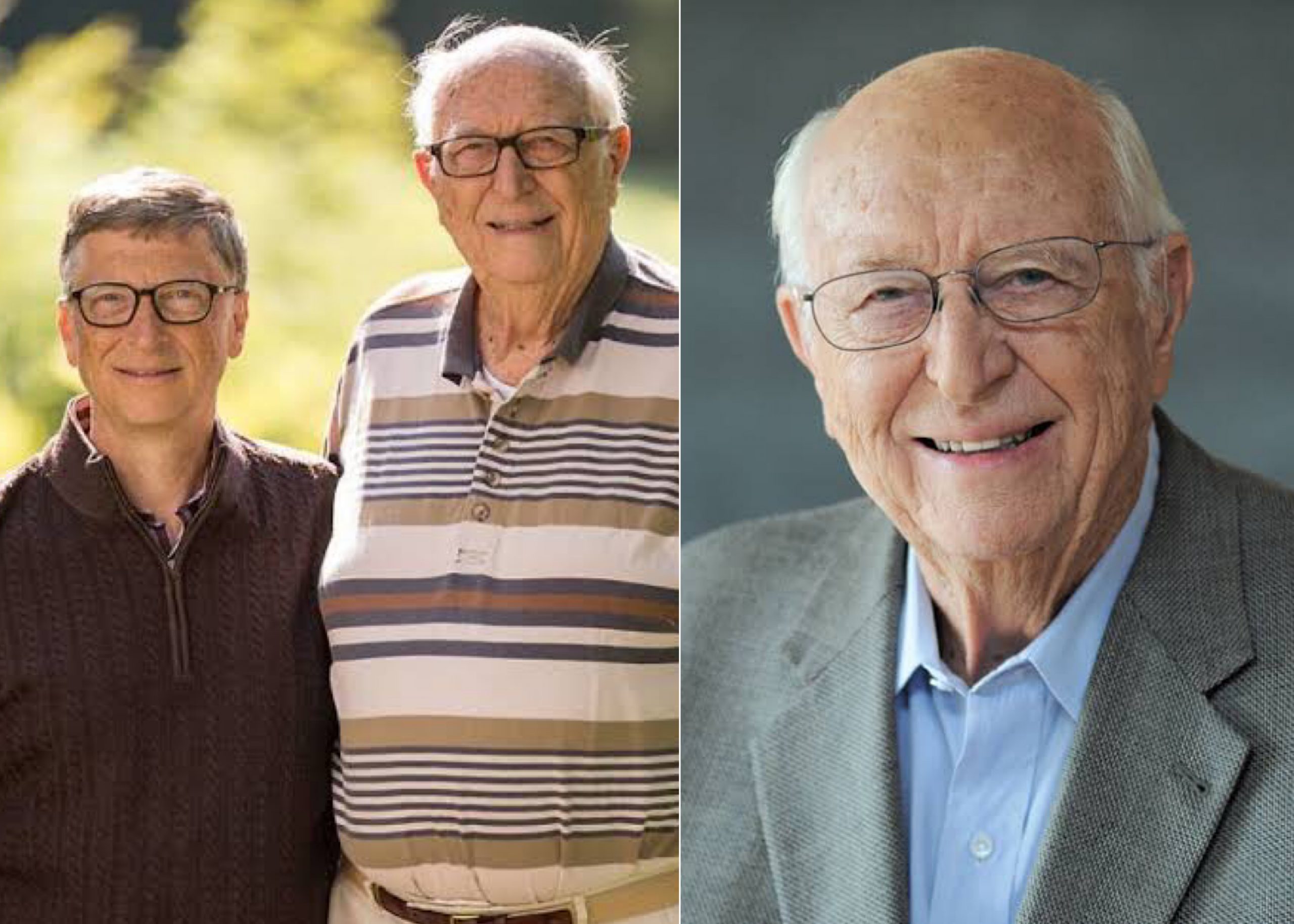 He passed away at his beach home on Hood Canal, in the Seattle area, US on Monday, September 14.

His family in a statement on Tuesday, September 15 said he died as a result Alzheimer’s disease, which he had been battling since 2018.

Bill Gates senior, as he is fondly called, was an Army veteran and a founding partner in a Seattle law firm, according his official biography.

He played a crucial role in establishing the world’s largest philanthropy, the Bill and Melinda Gates Foundation.

The Microsoft billionaire, 64, while announcing the passing of his father in a post published on his blog said;

We will miss him more than we can express right now We are feeling grief but also gratitude.

His wisdom, generosity, empathy, and humility had a huge influence on people around the worldz

In his tribute, Bill reflected on his father’s influence on his life, sharing that he and his sisters were “very lucky” to have parents who “gave us constant encouragement and were always patient with us”.

He said his father was critical in starting the charitable organisation he co-founded with his wife, Melinda, that has been Bill’s central focus since he stepped away from running Microsoft.

Bill’s father served as co-chair of his foundation since the organisation started in 2000.

My dad’s passing was not unexpected. He was 94 years-old and his health had been declining, so we have all had a long time to reflect on just how lucky we are to have had this amazing man in our lives for so many years.

In 1951, the late nonagenarian married Mary Maxwell Gates and they remained married until her death in 1994. They had three children: Kristianne, Bill, and Libby.

In 1996, Gates married his second wife Mimi Gardner Gates, who was the director of the Seattle Art Museum.

Bill Gates Sr. is survived by his wife, children and eight grandchildren.