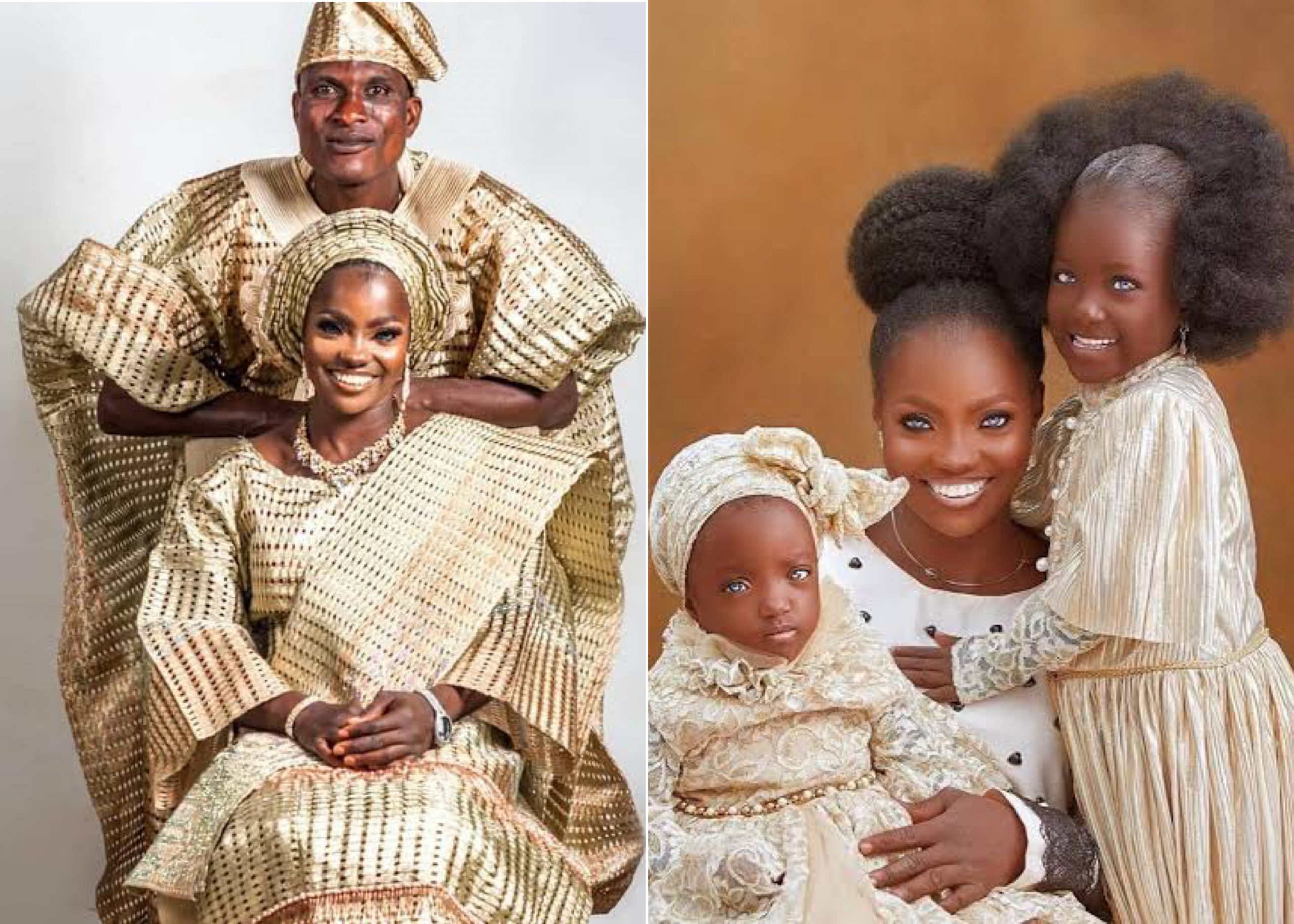 Wife of Kwara State Governor, Mrs Olufolake Abdulrazaq, has handed over a new apartment to Risikat, the blue-eyed lady, who recently reunited with her estranged husband, Abdulwasiu Omodada, at a Nikkah held in Ilorin on Saturday.

Risikat became an internet sensation in July when a video of her and her two children also with blue eyes went viral.

Read Also: Husband Abandoned Daughter And I Because Of Our Blue Eyes’ -Mother Of Viral Girl With Blue Eyes Speaks (video/photos)

During an interview with Punch, she alleged that her husband’s family drove her out of her matrimonial home in Ilorin, Kwara state because she gave birth to children with eyes like hers.

The lady, who stated that she had been in her father’s house for over one year, alleged that her husband’s parents said they were afraid because of the blue eyes she and her children have.

The story about the family went viral across various social platforms, which drew the attention of Kwara state governor’s wife, Olufolake Abdulrazaq, who then expressed willingness to help Azeez and her kids.

Abdulrazaq commented via Twitter that she has been in touch with the mother of two through her foundation, the Ajike People Support Centre

The Press Secretary to the governor’s wife, Yinka Adeniyi, has now said that Olufolake, through her non-governmental organisation, the Ajike Support Group, have secured a two-bedroom apartment for the couple within the Ilorin metropolis.

According to Punch, Adeniyi on Monday stated that the key to the rented apartment was handed over to the couple on Friday, adding that the apartment was secured in a choice area of Ilorin.

Adeniyi, who said the programmes lined up for the blue-eyed lady and her husband by the governor’s wife and planned in phases, noted,

Thereafter, the Ajike Support Group will obtain a licence for the lady to operate a patent medicine store and stock the shop for her.

Meanwhile, the Emir of Ilorin, Alhaji Ibrahim Sulu-Gambari, has advised Risikat and Abdulwasiu to live in peace and be tolerant of each other in order to have a stable home.

Sulu-Gambari gave the advice on Saturday at the Nikkah for the couple at the Ajijola Anabi Mosque, Ayegbami, Okelele area of Ilorin.

The emir, who was represented by Sarkin Kakakin of Ilorin, Alhaji Abdulwasiu Gafar, advised the couple to henceforth live in peace and harmony.

In his sermon, the Imam of the mosque, Alhaji Jamiu Ajijola-Anabi, urged the couple to live in peace, love and contentment to each other.

Ajijola-Anabi, who said that the event was historic for the couple’s families as they had the privilege of having the Emir of Ilorin solemnising their union, described it as a great blessing and a matter of importance to Sulu-Gambari, who contributed to their happiness.

The wedding was sponsored by the Ilorin Emirate Youth Development Association.