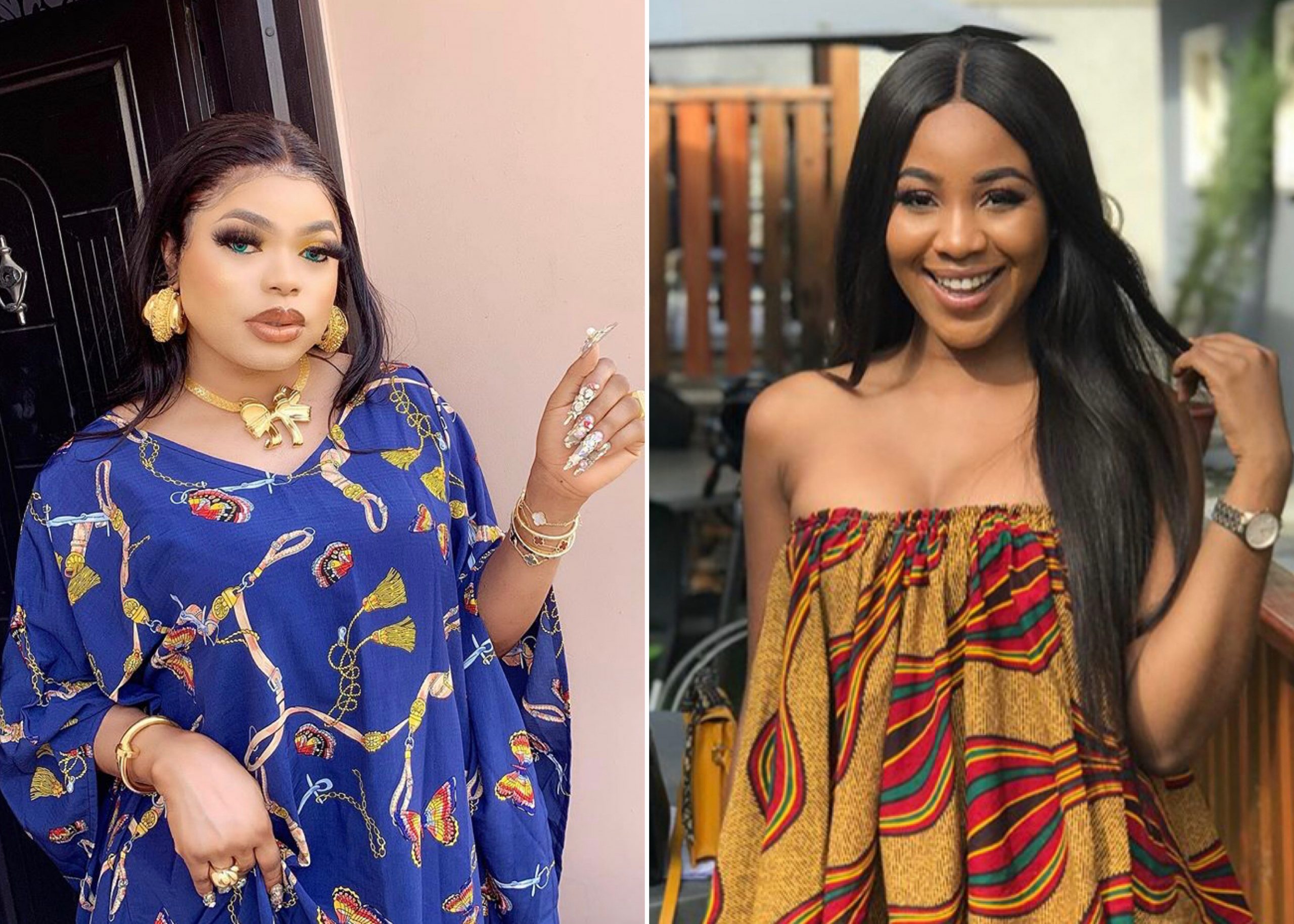 On September 7, Bobrisky, joined thousands of fans to show support to Erica following her disqualification from the reality show.

The former housemate was sent packing after a verbally attacking another contestant, Laycon, which degenerated into her breaking several rules of the house.

However, while some fans of the show celebrated her exit, her fans known as Elites rallied round her and declaring their support.

Erica’s fans went as far as launching a GoFundMe campaign, which has received over N13.9 million since September 6.

Bobrisky, who is also a fan, took to her Instagram page to call out social media users trolling Erica for getting disqualified. She then promised her a sum of N1 million to show her love.

Can all dis assistant Jesus Christ go and rest. My 1million is to show her love. I won’t support u guys to bully her. How would she be corrected if you all stand against her. Pls let be fair pls.

Bobrisky has now fulfilled the promise after 9 days of pledging the gift, sharing screenshots of Erica confirming the receipt of payment and also thanking her (Bobrisky). 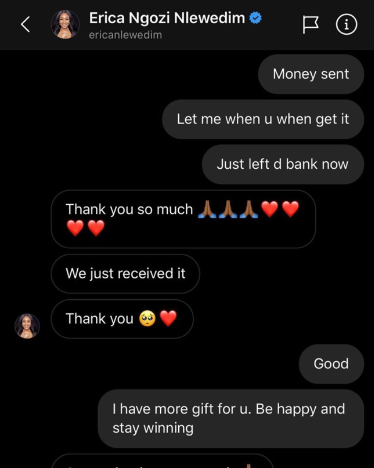 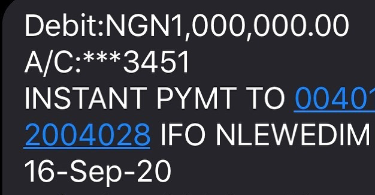 Bobrisky went ahead to promise Erica an all-expense-paid 5-day trip to Dubai, United Arab Emirates in a video shared on Instagram.

The crossdresser also said Erica would fly in first class cabinet on Emirates airline, lodge in Versace Palazzo, a grand hotel in Dubai and would be given $2,000 (N769,000) for shopping.

Bobrisky asked Erica to get in touch with her through her management whenever she (Erica) is ready to travel.

Watch the video below:

Nigerians React As Multichoice Reveals BBNaija 2020 Got Over…