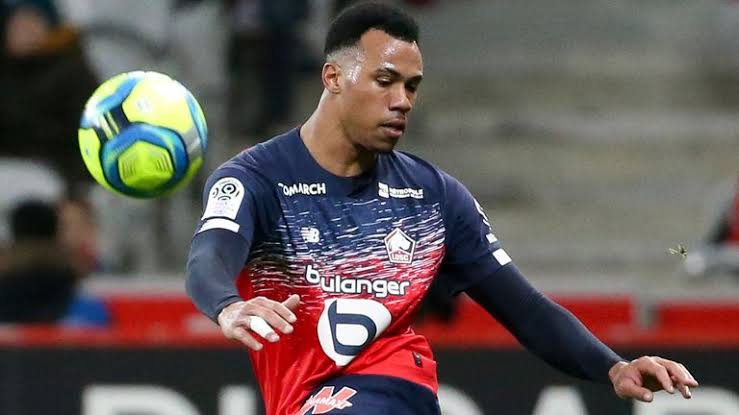 Arsenal have completed the signing of Brazilian defender Gabriel Magalhaes from Lille for €30 million (£27m) on a long-term contract.

The club made this known in a press statement on its website, adding that the 22-year-old Brazilian would wear number 6 shirt.

Gabriel, whose full name is Gabriel dos Santos Magalhaes, started his career in Brazil with Avai FC, before joining Lille in January 2017.

During his time in France, Gabriel spent time on loan with Troyes in France and latterly in Croatia with Dinamo Zagreb.

On returning from his loan spells, the Sao Paulo-born defender became a regular in the Lille side, helping them to a fourth-placed Ligue 1 finish last season and starting all six of their Champions League group-stage matches.

We are delighted to have signed Gabriel. He is a player we have been studying for a while and he was in demand from many clubs, so we are proud to have agreed and completed this transfer with Lille and the player. Gabriel is a player of high quality and Mikel and his coaches are looking forward to integrating him into the club.

We welcome Gabriel to Arsenal. He has many qualities which will make us stronger as a defensive unit and as a team. He has proved with Lille that he is a defender with many outstanding attributes and we are looking forward to watching him grow as an Arsenal player.

Manchester United, Everton and Serie A club Napoli had all held an interest in centre-back Gabriel, who made 34 appearances in all competitions last season as Lille finished fourth in Ligue 1.

Gabriel is the second player to join Arsenal from Lille in the past 12 months, following Ivory Coast international Nicolas Pepe’s move to the Emirates for a club-record £72m last summer.